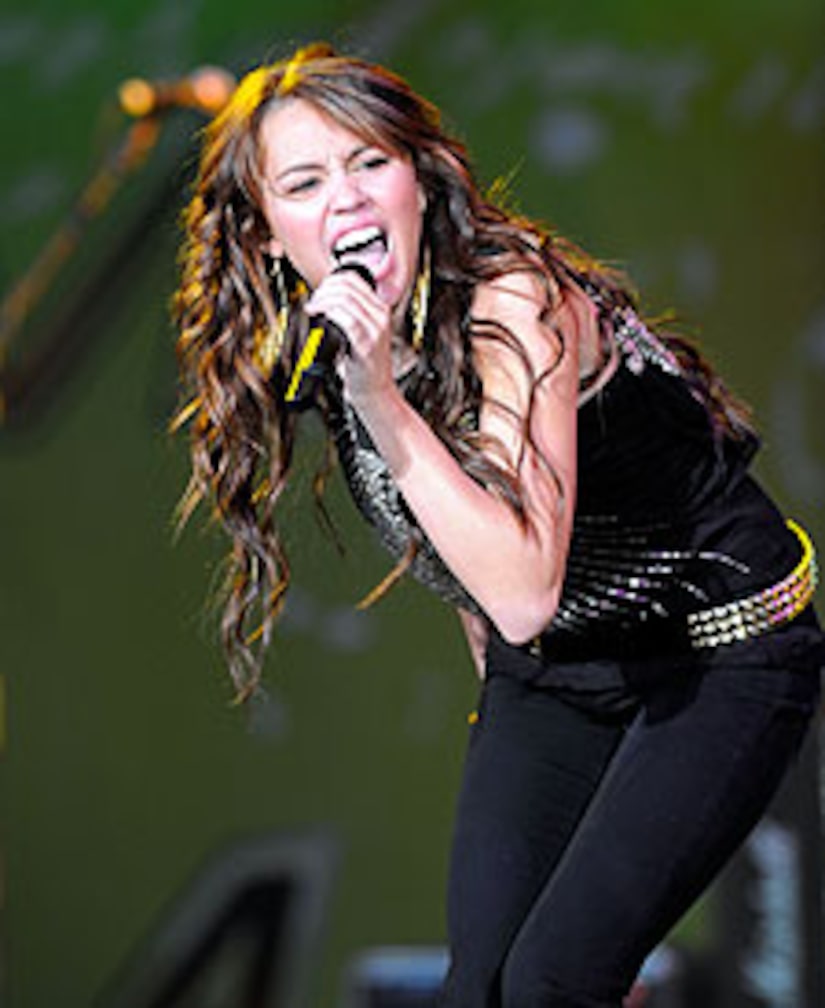 Disney star Miley Cyrus is moving past her scandalous "Vanity Fair" photo brouhaha. The 15-year-old singer/actress is showing off a brand new look for her album, "Breakout" -- and the busy starlet took time to talk to "Extra" about her new CD, saying, "I wanted to embrace my older audience a little more... kind of taking shackles off and doing the music I wanted to do... they are the things I want to say to the world."

Miley talked about the constant media attention that surrounds her, saying, "At first I kind of always wanted it... then once it started happening to me it's not so cool anymore... instead of putting negativity to it, I'm taking the opportunity to make it a positive thing."

Cyrus is embracing her status as a role model, saying, "It gives me an opportunity to voice those decisions, those things I go through a little more publicly, and hopefully they help people out in their lives." Miley will host this year's Teen Choice Awards on FOX, and has already picked out her wardrobe. "I want to be very different, sequins are definitely very fun for me, but I'm getting kind of over doing the sequins things... hopefully I can break some new fashions into it."