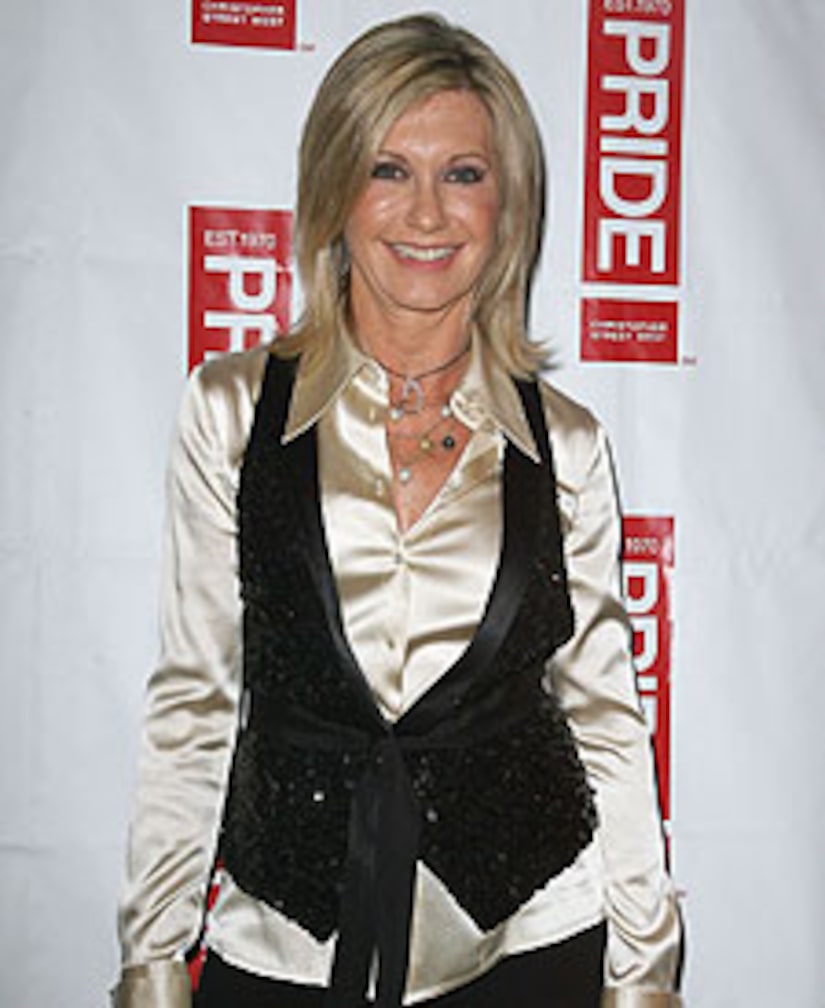 Newlywed Olivia Newton-John tells "Extra" that rumors of a third wedding ceremony with health businessman hubby John Easterling being canceled due to a Malibu wildfire are not true. "No, that's not a true story... there's a lot of stories floating around, and most of them are wrong, but it's fine."

Olivia, 59, is keeping busy. She'll star in Logo's upcoming comedy "Sordid Lives" as a trashy bar singer -- quite a change from her "Grease" good girl days. "I kind of call her Sandy gone wrong," said the vibrant star.

Newton-John and Easterling had a spiritual ceremony in Peru on June 21 and made it legal with a wedding on Jupiter Island in Florida on June 30. The couple announced their marriage at a July 4th BBQ at Olivia's Malibu home.

Watch for the debut of "Sordid Lives" on Logo, July 23!