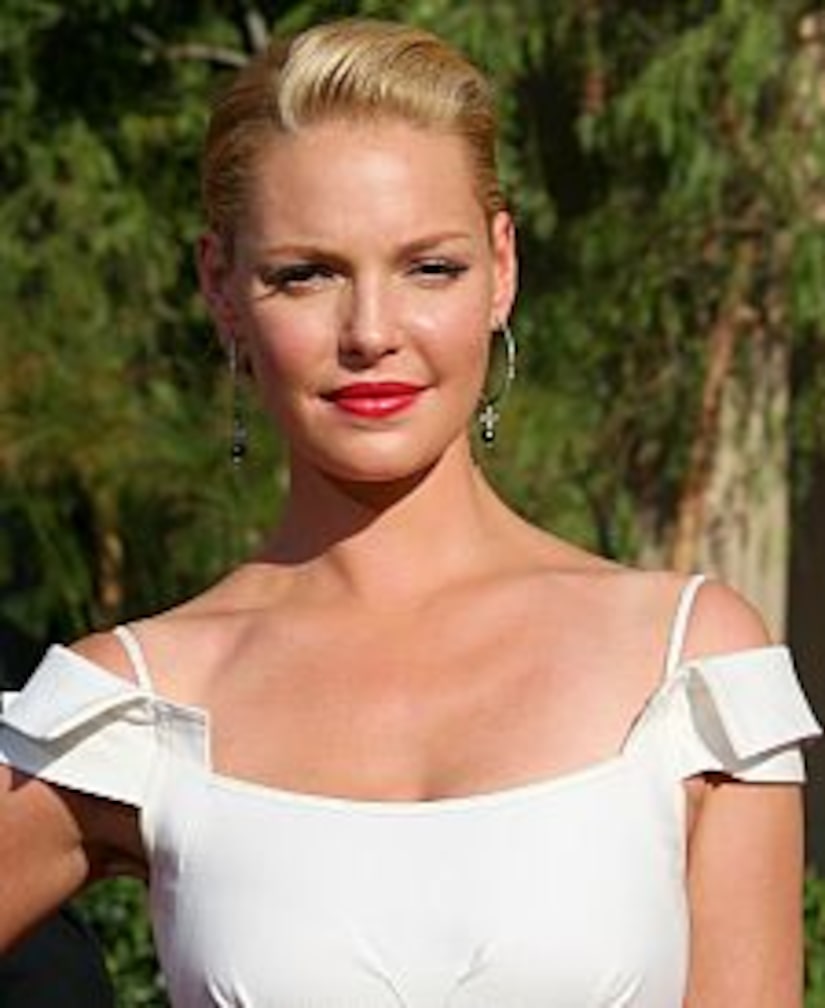 Is there a hit on Izzie? After her controversial decision to pull out of this year's Emmy race, and slamming "Grey's Anatomy" writers in the process -- Katherine Heigl may be getting the ax from the hit ABC show, reports E! news.

Rumors of tension between Heigl and the show's creator, Shonda Rhimes, have swirled as Katherine catapulted to box office stardom -- and became vocal about the lack of written material to work with on "Grey's." "It's not good [on set]," says a "Grey's" source. "Shonda is pissed. They're thinking of killing her off. They want Izzie dead."

A rep for Shonda said, "I haven't heard anything about that." Reps for Heigl and ABC declined to comment on the story.