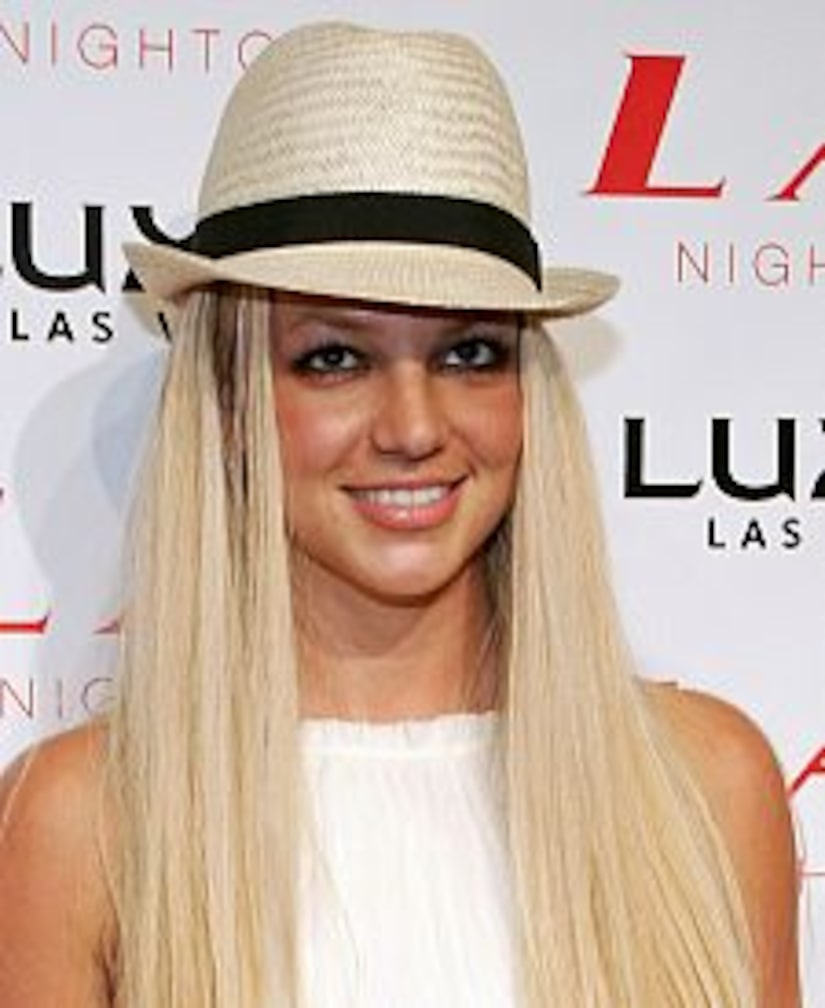 Britney Spears appears "anxious and nervous" in a video she's filming for Madonna's new tour, reports Us Weekly -- but it's all part of the act. The recovering pop mom filmed a scene yesterday in Santa Monica that will be used on Madge's Sticky & Sweet tour.

"She shot in the elevator that is surrounded by seven cameras," the mag explains. When she can't get out, she "starts to kick the wall and hit things" and ends her short segment with her famous line, "It's Britney, bitch!" The two will then reportedly "appear" scantily clad, surrounded by male dancers in thongs.

Madonna's rep confirmed to Us Weekly that Brit, 26, will appear virtually with the Material Girl, whom she memorably kissed at the 2003 MTV Video Music Awards.