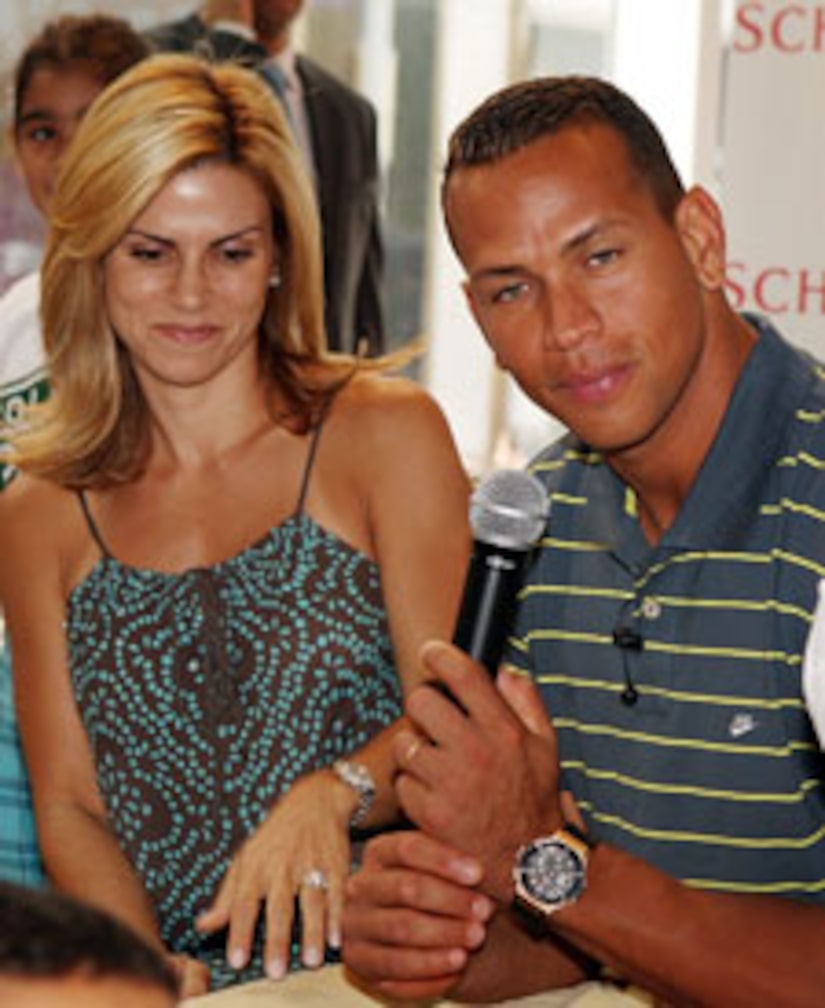 The slugger's estranged wife has broken her silence -- and admits to still loving her allegedly unfaithful hubby, despite the "extramarital affairs" and "emotional abandonment" listed in the divorce papers she filed, reports the NY Post.

Mrs. A-Rod opened up to "Extra" about the Yankee before the Madonna drama, saying, "I always have these expectations of him and he always blows my expectations out of the water." Despite those heartfelt words, Cynthia confirmed that the marriage is kaput -- and explained that her 13 years of dedication to A-Rod may have been seen as a sign of weakness.

Until the divorce trial, all eyes are on the baseball star and his rumored gal pal Madonna -- who is allegedly on the list to appear at A-Rod's 40/40 Club All-Star party next week.