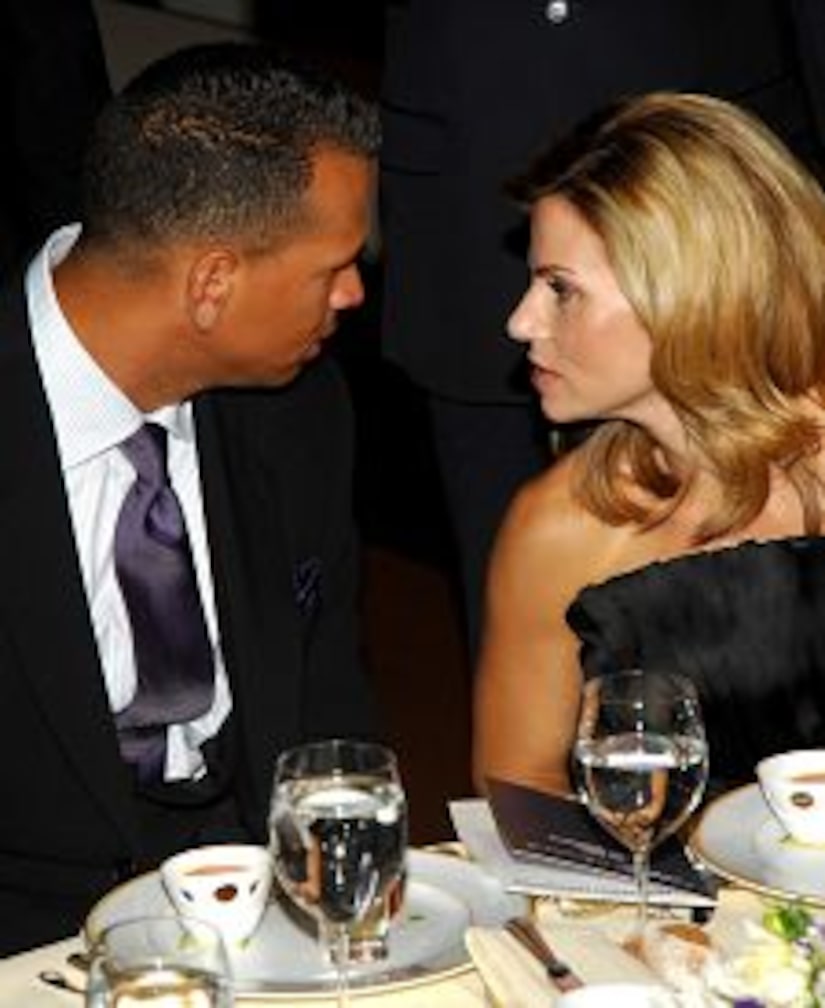 The Madonna/A-Rod scandal takes another nasty twist as the third baseman is accused of more Yankee panky behind his estranged wife's back -- and has reportedly been denied access to his kids!

Fitness model Alicia Marie denies any wrongdoing with the slugger, insisting that the two are "close friends." Rodriguez didn't fare as well with his another alleged fling -- stripper Candace Houlihan -- who openly admits to a 2004 "two-night stand" with A-Rod, reports the NY Daily News.

Amid continued reports of infidelity, Rodriguez is fighting back against wife Cynthia for visits with their two children -- Natasha, 3, and Ella, 3 mos. -- with claims that Mrs. Rod has been keeping them from him. An Alex source tells the NY Post that Cynthia "hasn't made it easy to see the children... she prevented Alex from seeing his daughters." Adds the source, "He is burning to see his children."

A-Rod continues to defend his name against various allegations -- while Madge continues to ignore media questions about their reported affair since her last press release.