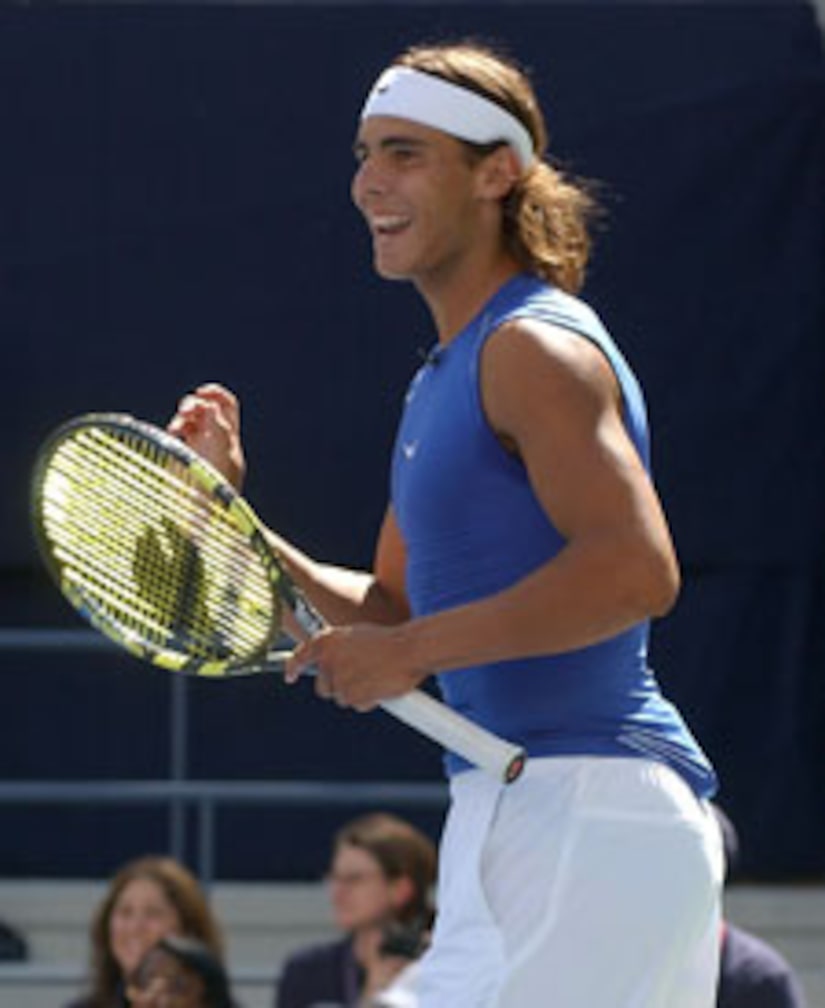 Federer -- who held a five-year reign leading up to this year's competition -- was cheered on by celebrity fans Gavin Rossdale and a very pregnant Gwen Stefani. Rafael, however, not only managed to snag the Wimbledon title, but also became the first man since 1980 to win the French Open and Wimbledon in the same year.

"It's impossible to explain what I felt in that moment," Nadal told the NY Post as he accepted his trophy, "Just very, very happy to win this title." Rafael also praised his opponent, saying, "He's still the best. He's still five-time champion here and I only have one, so for me it is very, very important."