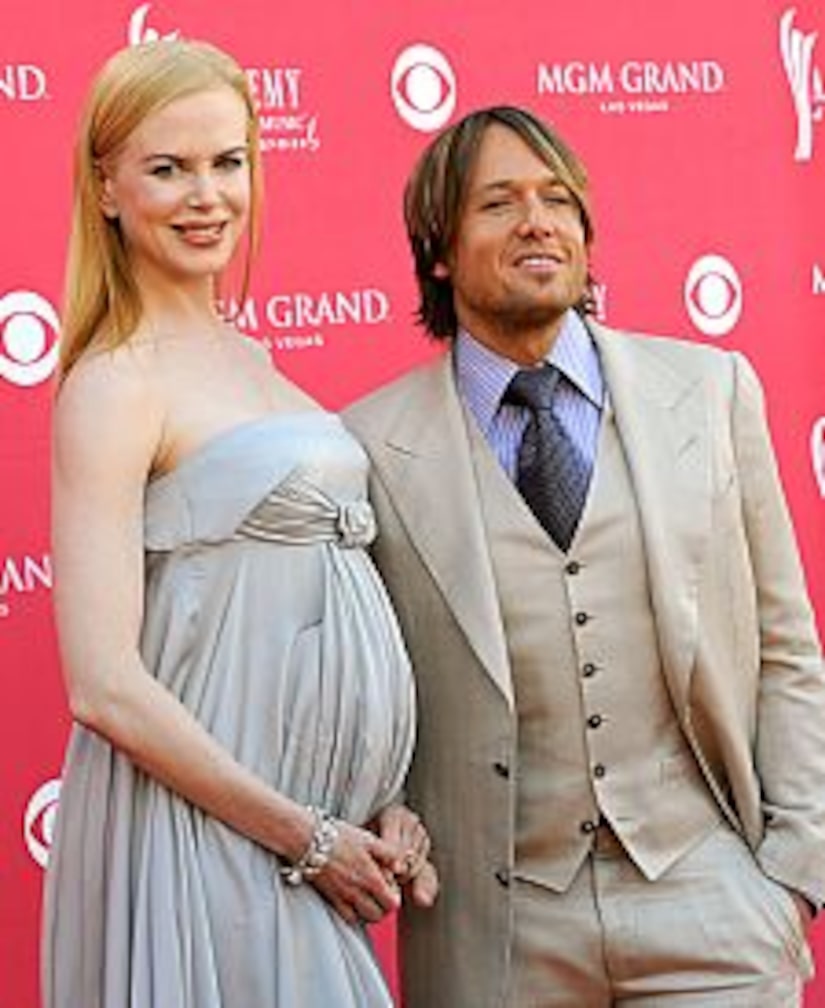 The "Australia" star announced her pregnancy in January -- over a year after the pair said "I do" in Sydney. This is the couple's first child together. Nicole has two children -- Isabella, 15, and Connor, 13, with ex Tom Cruise.