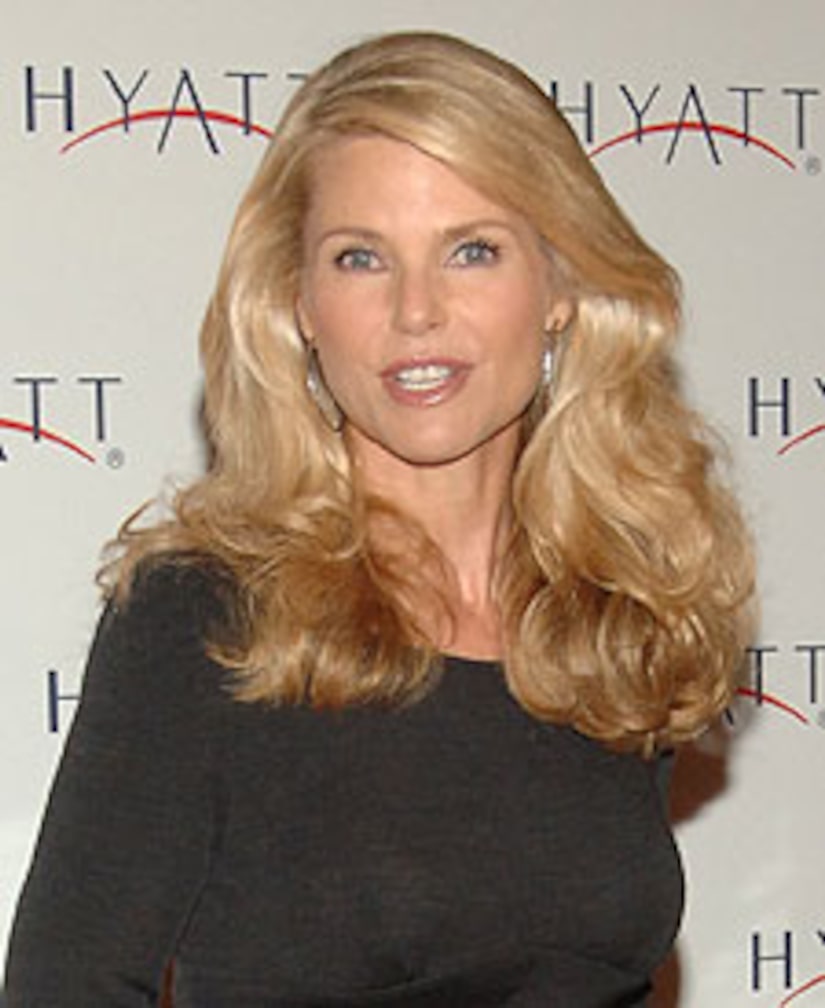 Christie Brinkley and ex-hubby Peter Cook continue their nasty battle in divorce court today -- and the supermodel's famous smile again turned to tears on the stand as she opened up about protecting her kids -- and putting their needs before a new romance.

Christie talked about the bond she shares with children Jack, 13, and Sailor, 10 -- and how she hasn't dated since finding out about Peter's infidelity with then-teenager Diana Bianchi. "I haven't even thought about dating or anything like that. I've just been completely focused getting the kids over this painful event," said Brinkley, as reported by the NY Post. "I think it would be inappropriate because I think the kids have been though a lot of changes."

Cook didn't answer questions as more reports surfaced of yet another woman the architect has been linked to since his split from Brinkley -- an interior designer who may be called to testify.

The couple is expected to duke it out next week over their real-estate -- including a $15-million beachfront home and 20-acre compound -- both places where Cook admitted to engaging in infidelity and cybersex.