Holy Peach Pit! The bad girls of West Beverly High were rumored to be returning to "90210" -- but are Tori Spelling, Jennie Garth and Shannen Doherty really reuniting? Not so fast! 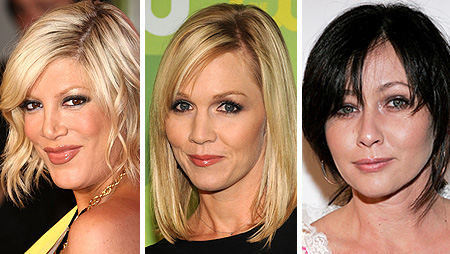 Tori recently dished to "Extra" about reprising her role as Donna Martin, saying, "They've approached me... I hope it works out because I know the fans... we have the most loyal fans in the world," but the recent birth of Spelling's daughter Stella has lead the actress to opt out -- to spend more time with her two kids.

Catch the high school reunion when "90210" returns this fall on the CW!