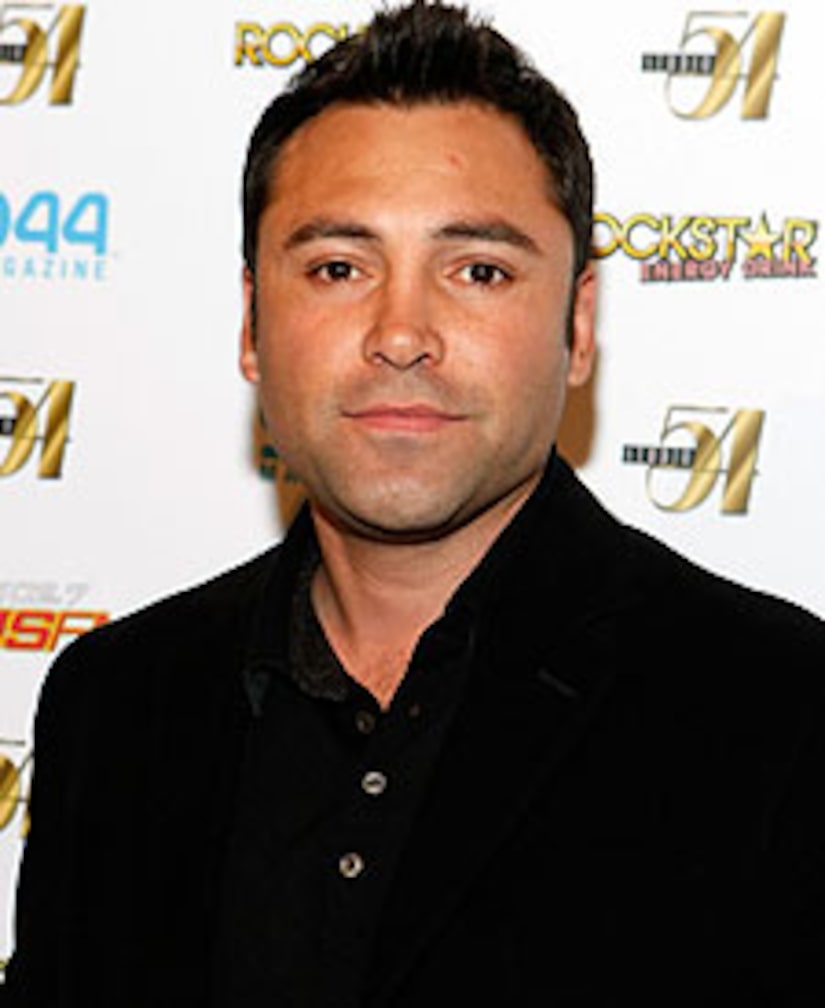 The ex stripper who was behind faked photos of boxer Oscar De La Hoya in drag has been slammed for shoplifting at Macy's, reports the NY Post.

Milana Dravnel, 22, was arrested on a misdemeanor charge after allegedly trying to sneak over $1,000 in goodies out of the popular department store. Dravnel's lawyer denies the allegations, saying, "The charges are nonsense and the next few court appearances are going to show there's no evidence against Milana to even have her arrested."

Milana dropped a hefty defamation suit against the heavyweight last month after a reported out-of-court agreement with De La Hoya.