Is Madonna sneaking around with Yankees hitter Alex Rodriguez? Tongues are wagging that she's been leaning on A-Rod as she plans to split from hubby Guy Ritchie! Here's a shot of Madge taken in Manhattan last night as she arrived to her Upper West Side pad. 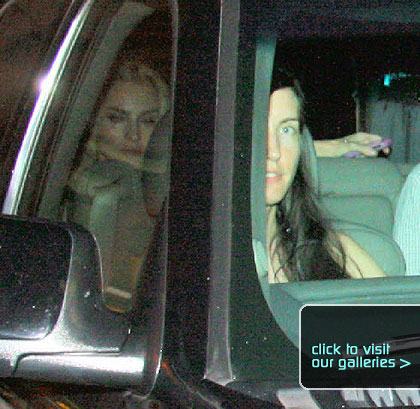 Today, new reports say A-Rod's recently been spotted late nights at her New York apartment -- and just two days ago, Madonna and her kids were seen at Yankee stadium -- in A-Rod's reserved area!

Now, a rep for the Material Girl, Liz Rosenberg, is setting the record straight on the romance rumors, telling People magazine, "Madonna and Alex have the same manager. They know each other and Madonna took her kids to a Yankees game last week. There's really not anything to comment on beyond that."