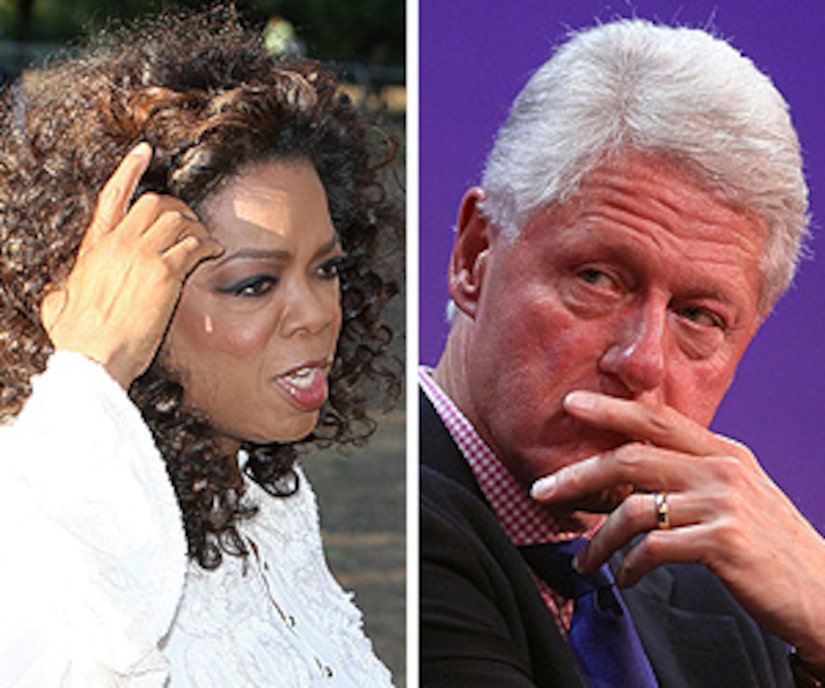 The feud on the campaign trail is over for Barack Obama and Hillary Clinton. The former rivals have been playing nice -- but are their big supporters Oprah and Bill harboring animosity?

At Nelson Mandela's London birthday bash,
ex-president Clinton and Winfrey -- a staunch Obama supporter -- reportedly gave each other the cold shoulder, reports the NY Post. "There was a very cold reception between them," said a source.

Insiders at the party revealed that while Bill and the talk show queen barely acknowledged each other at the event, they did speak at a private reception held before the party.