The Material Girl and her hubby Guy Ritchie are facing divorce speculation in the media -- thanks to new reports and a pic of Madge -- sans wedding ring. 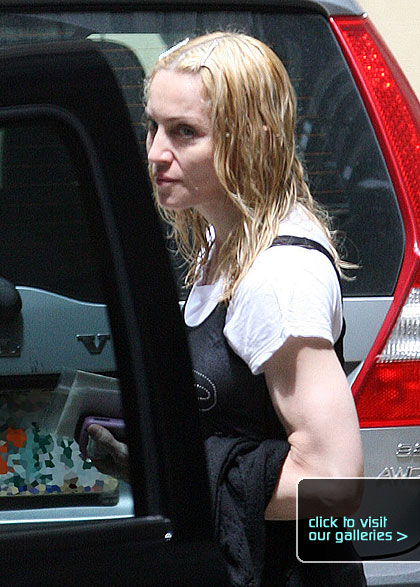 While there's no official word yet, the bust-up buzz surrounding one of Hollywood's biggest unions has everyone talking. The singer/actress is currently in NY, and was spotted without her wedding ring -- amidst rumors that she's hired divorce lawyer Fiona Shackleton. Ritchie -- a no-show at Madonna's induction into the Rock n' Roll Hall of Fame -- is currently in London.

If divorced, the couple would split Madge's whopping fortune -- estimated around $600 million -- because they didn't sign a pre-nup. The custody of their children together -- sons David and Rocco -- would also be up in the air.

Tell "Extra" -- if the couple calls it quits, how much of Madge's money should Guy walk away with?