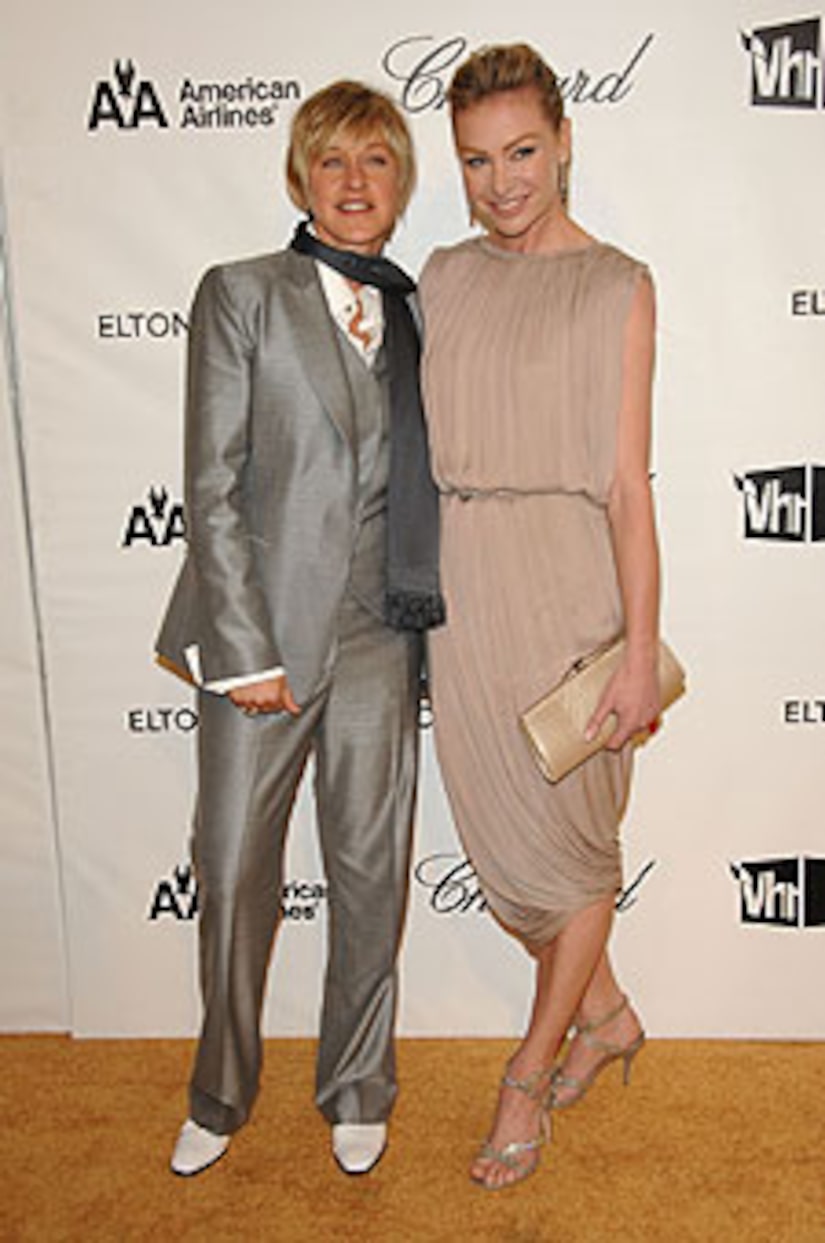 Ellen DeGeneres and girlfriend Portia de Rossi are planning a lavish wedding in California, according to the New York Post. The couple, who announced their engagement in May, has set the date, but they haven't publicly said when the ceremony will take place.

A source told the Post that Ellen, 50, and Portia, 35, will tie the knot at the Riviera Resort and Spa in Palm Springs, saying, "They didn't sign the contract yet, but they're working out final details and security," the insider added. "The hotel is doing $70 million in renovations that will be done in October. They will also close a significant portion of the hotel, so it looks big."

The talk show host and her actress girlfriend have been dating since December 2004, and DeGeneres reportedly gave de Rossi a lavish, Neil Lane engagement ring with pink diamonds.