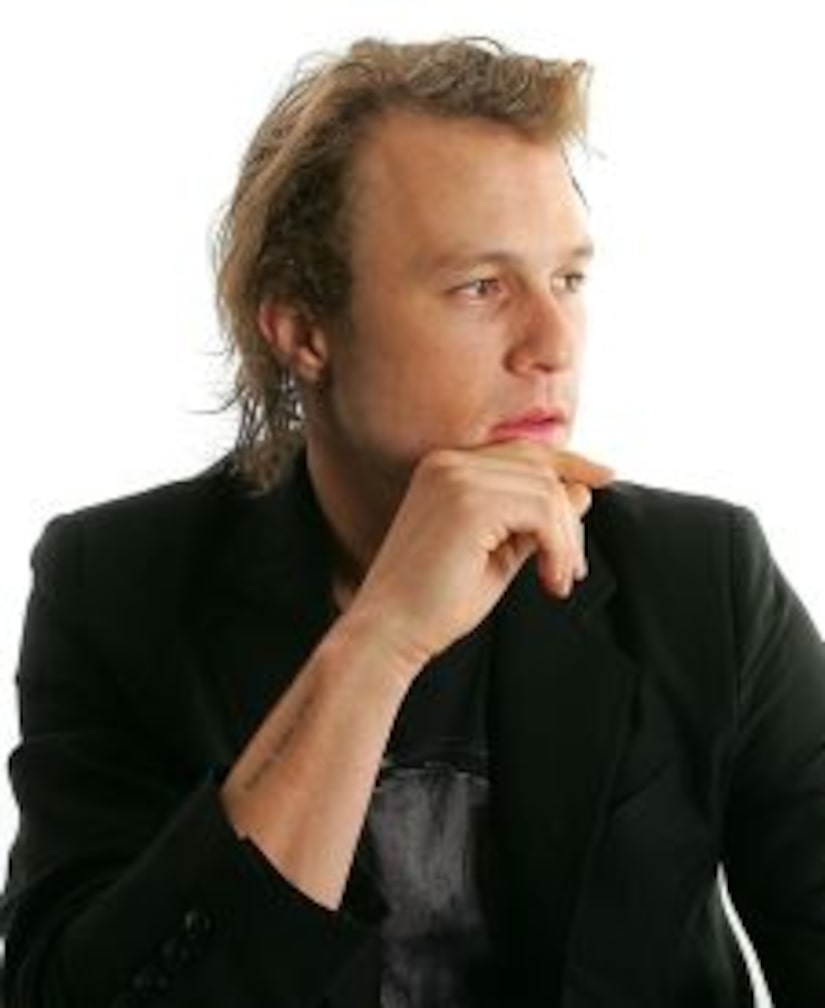 The first reviews of the hotly anticipated Batman sequel "The Dark Knight" are beginning to trickle out -- and the Rolling Stone's Peter Travers thinks that the late Heath Ledger's portrayal of Joker is "mad-crazy-blazing brilliant," reports Us Weekly.

"Ledger's Joker has no gray areas," writes Travers. "He creates a Joker for the ages." Ledger's commitment to the character impressed the critic so much that he suggests Heath -- who was nominated for an Academy Award for his controversial character in "Brokeback" -- should nab the coveted acting award for his role as the twisted villain.

"If there's a movement to get him the first posthumous Oscar since Peter Finch won for 1976's 'Network,' sign me up," he writes. Ledger died in January of an overdose of prescription drugs. He was 28.