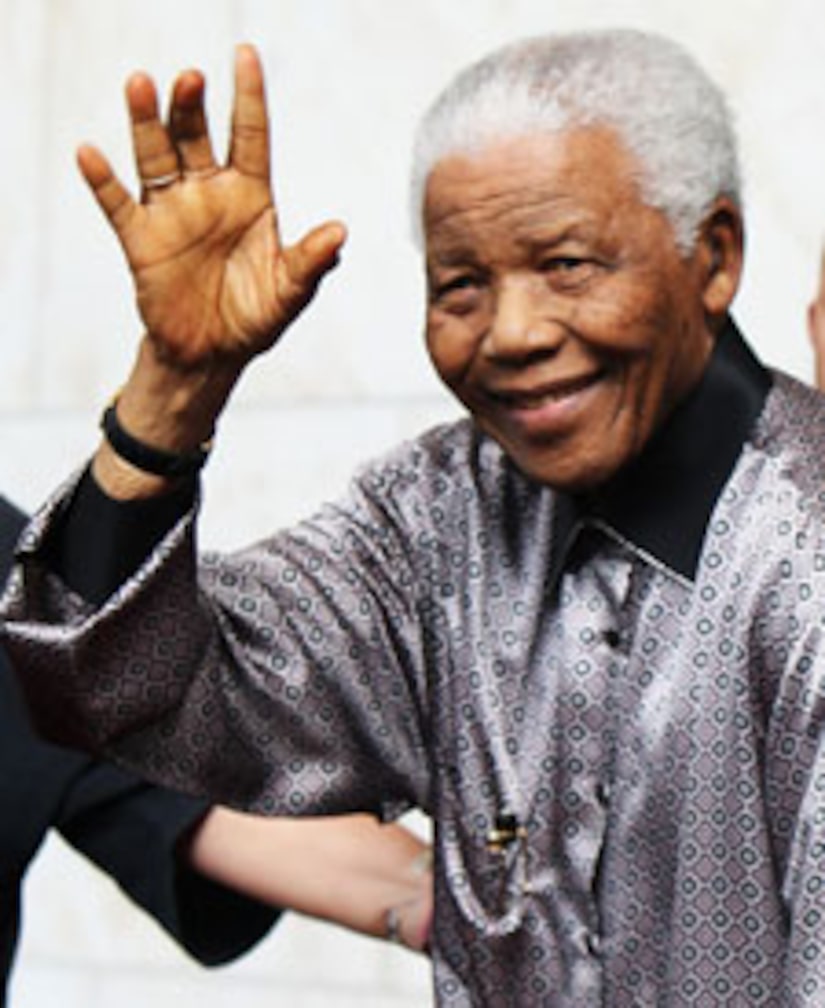 "I just don't know anyone who deserves this more or anybody who we should be gathered around literally at his feet to say thank you for all that he's given to the world," said partygoer Oprah. Also wishing Mandela a happy 90th were Will and Jada Smith, Denzel Washington, former First Daughter Chelsea Clinton and Elton John.

The 90-year-old philanthropist won't be slowing down anytime soon. "He's still cracking jokes," Oprah insisted. "He still has that sort of glimmer in his eye. He doesn't feel what we think 90 is at all. He's still very much lively and alive."

While Naomi Campbell attended the event, word from the London papers is that Mandela himself has arranged to keep the much-maligned model off the stage at this weekend's massive Mandela benefit concert. That, however, didn't mute Naomi's excitement about attending the celebration.

You can check out this weekend's benefit concert, Monday night on VH-1.