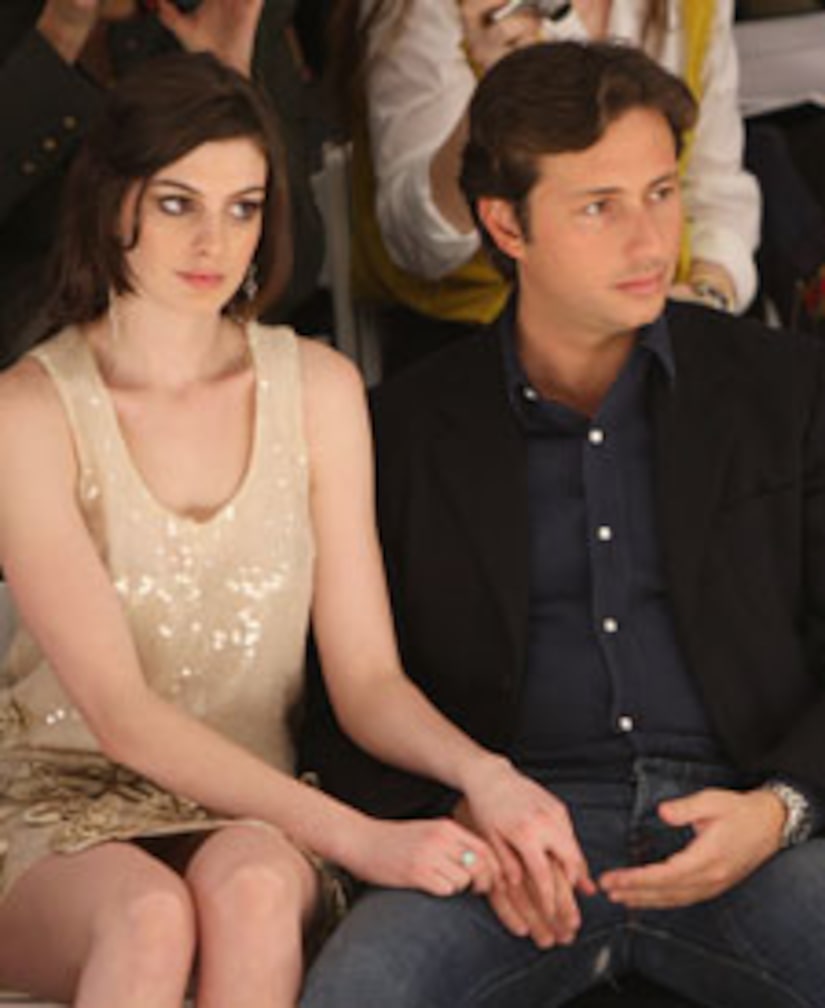 Follieri is accused of falsely telling an investor that he'd been appointed a financial affairs manager by the Vatican, and could thereby obtain U.S. church properties at a discount. This compounds an announcement earlier this month by the NY State Attorney General's, which said it was investigating The Follieri Foundation, whose work allegedly includes vaccinating Third World children.

The foundation has not filed the required IRS tax disclosure forms, according to AP's review of records. The New York Post reported that Hathaway was previously on the foundation's board of directors, but it was unclear when or for how long. Her publicist stressed that Anne is not part of the probe and is no longer a board member.