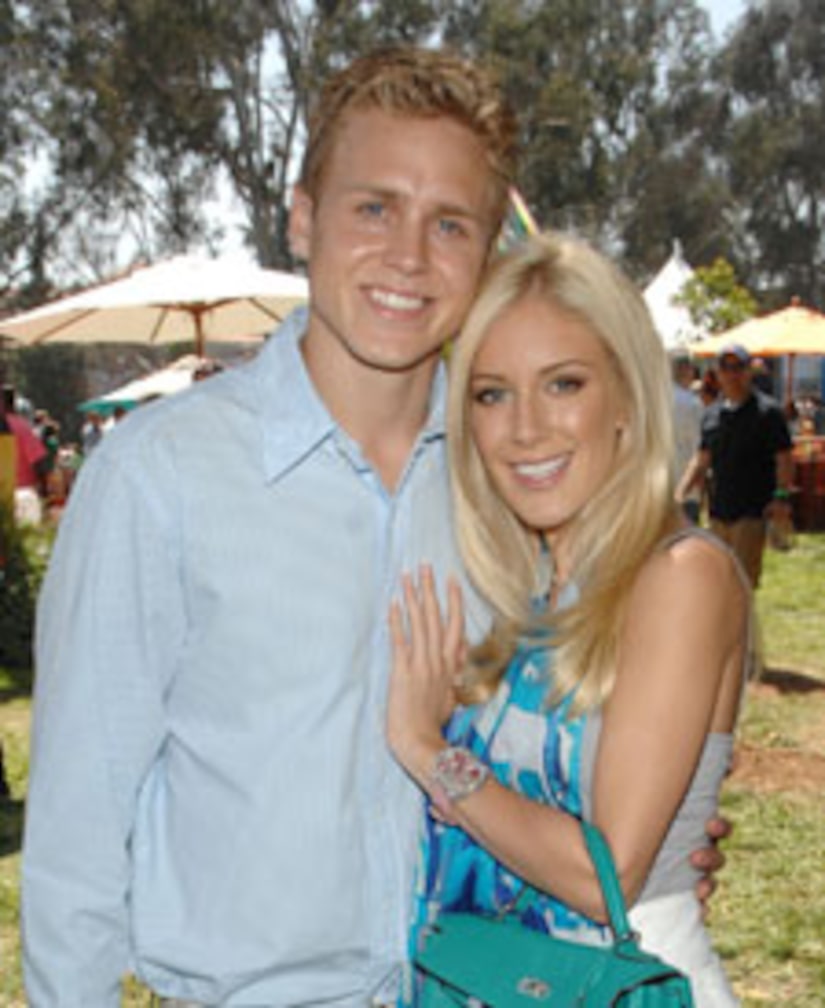 Reality TV's Heidi Montag and Spencer Pratt are opening up to "Extra" about their relationship, including Heidi's infamous "Higher" video, filmed by Spencer. Heidi said she was never a fan of the video, saying, "I didn't really like the song. My boyfriend and I shot it in ten minutes as a joke and put it out, but now I'm really in a studio and I'm really doing my album and music." And there's more.

Spence revealed his big online plans. "We're about to launch our social website. It's going to be bigger than MySpace, bigger than Facebook." The couple cites Victoria and David Beckham as their role models for their joint venture. "They're great with their branding, but Speidi is going take it to another level," Heidi added. "I mean, I definitely want to surpass both of them."

While Montag and Pratt are often ridiculed for their documented romance, Heidi said they try to ignore the negativity. "I think there's people who frown upon and hate on whatever you do, but I think you have to focus on the positive."