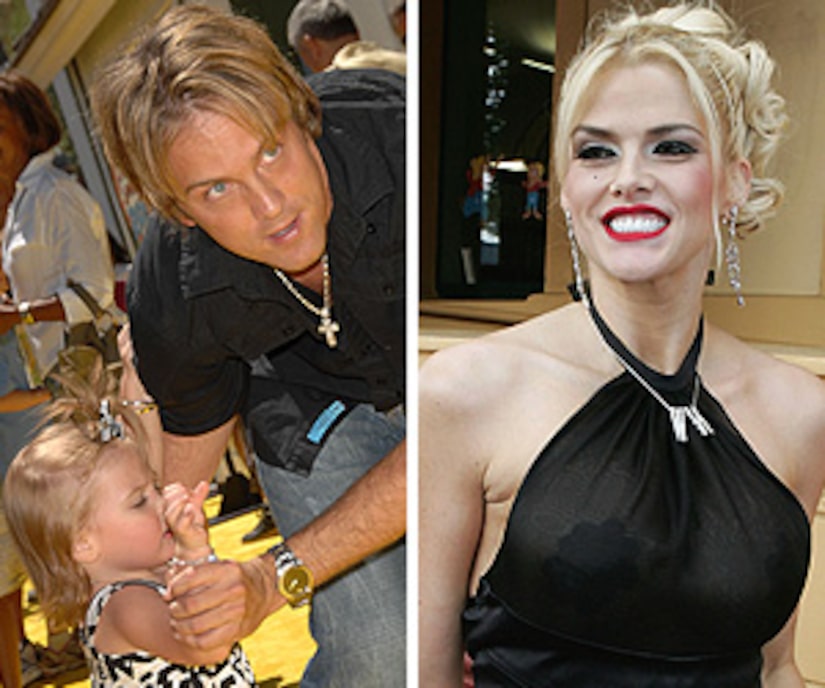 Larry Birkhead wants 20-month-old daughter Dannielynn to know her mother's history. He forked over nearly $3,000 for Anna Nicole Smith's lingerie at an auction held at Planet Hollywood in Las Vegas on Saturday, according to Us Weekly.

Birkhead bid $1,800 for a pink bustier and $1,000 for a white negligee Anna wore in a Playboy shoot, saying, "I have a lot of history I have to put together that Dannielynn doesn't really know about," he told AP, adding, "Playboy was such a big part of Anna's career."

He won't be giving the lingerie to his baby girl just yet. "You know, it's not something I can show today, but something down the road," he added. "It's not going to be in any bedtime stories."

Birkhead was given sole custody of Dannielynn in a highly publicized battle following Anna's death of an overdose in February 2007, leaving her the sole heir to Smith's estate, which may be in the multi-millions -- depending on the settlement of Anna's protracted case against the estate of her late husband, oilman J. Howard Marshall. Anna's son Daniel died of an overdose three days after Dannielynn's birth.