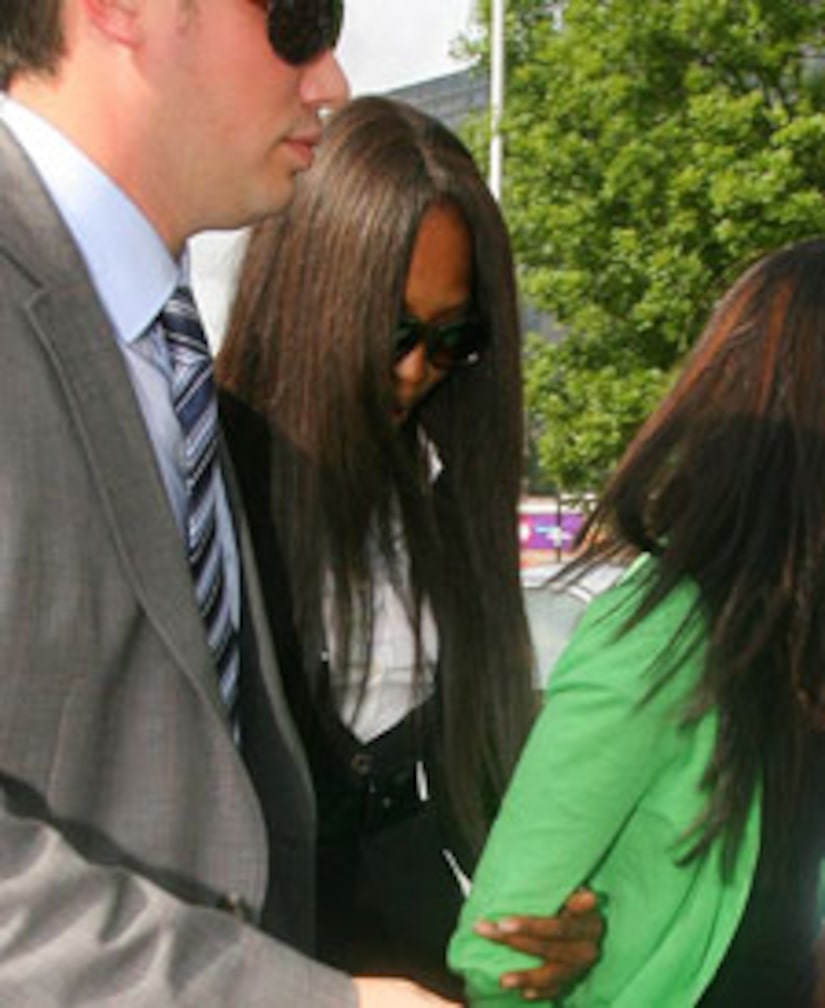 Moody model Naomi Campbell has pleaded guilty to assaulting two cops at Heathrow Airport, People is reporting. She pleaded guilty in court today to four of the six charges she was facing, which include using threatening or abusive words and threatening behavior to cause harassment. She did not, however, throw a cell phone.

Campbell was sentenced to 200 hours of community service. The model also has to pay $400 to each police officer that she attacked, and $300 to Miles Sutherland, Captain of the British Airways plane she disrupted. Her sentence is in addition to a $4,600 fine -- all over her luggage not making it onto a flight.

Naomi did community service and anger management classes last year as punishment for throwing a phone at an assistant.