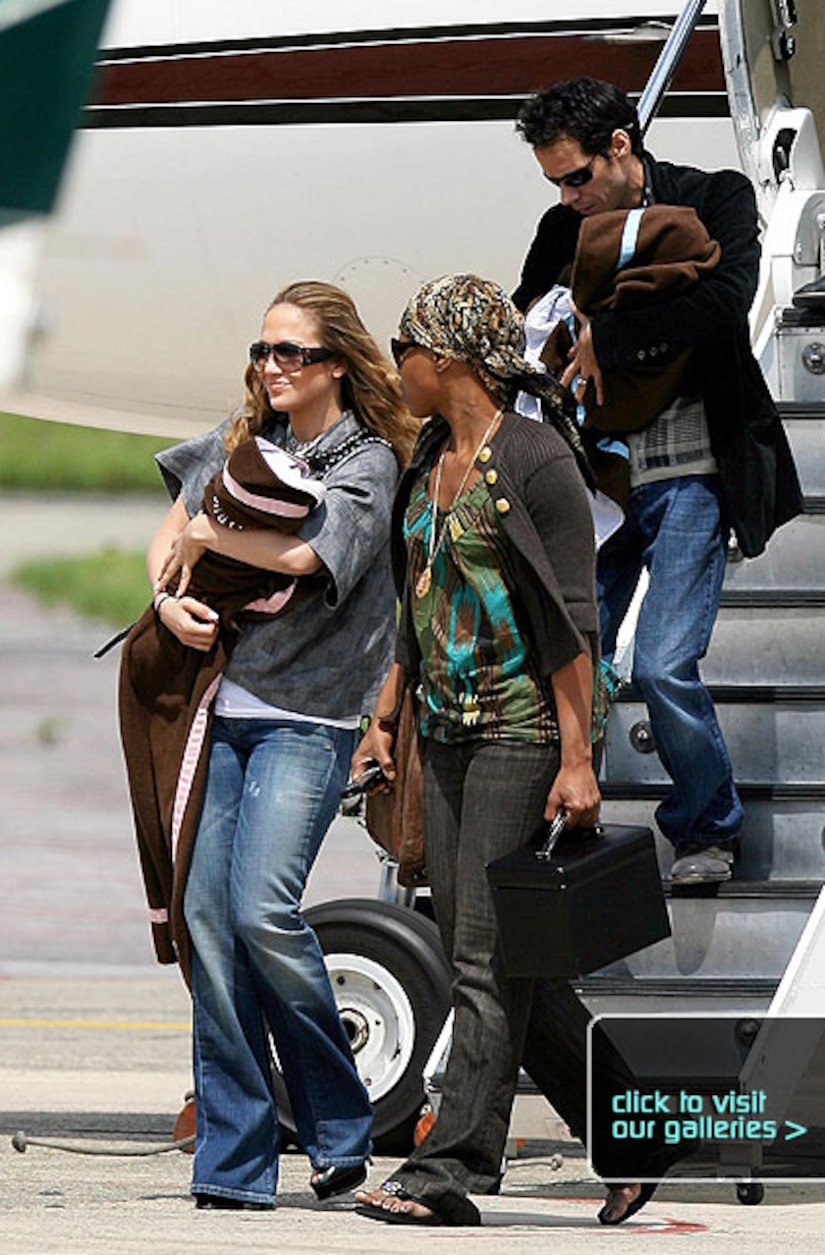 In a feat of balance, J.Lo managed to deplane while holding Emme and balancing on four-inch heels. Anthony said that bringing the twins on tour inspires him to perform, saying, "She's such an amazing mom and I'm so proud of her. She's such a gem to watch."

Marc and J.Lo have rarely been separated since they married in 2004. The couple went on tour together last year when Jennifer announced her pregnancy. The lovebirds also starred together in the 2007 movie, "El Cantante."