He's got charisma, dashing dimples and a rock hard body, so it comes as no surprise that People magazine has named "Extra's" own Mario Lopez their hottest bachelor! 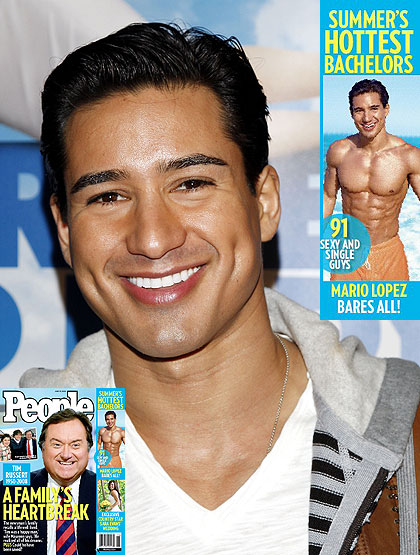 Of course, this is old news to his female fans. "They'll touch and they'll squeeze, and I feel kind of violated at the end of the day," he told "Extra."

Mario, 34, recently called it quits with "Dancing" beauty Karina Smirnoff after two years together and said of the split, "I'm so focused with work -- I'm not even thinking about any sort of romantic relationship."

And focused he is; the talented TV cutie takes the Broadway stage eight times a week in "A Chorus Line," and between shows he finds time to promote his new "Knockout Fitness" book and host "America's Best Dance Crew."

Still, this born performer calls his non-stop schedule "exhilarating" -- and wouldn't have it any other way.