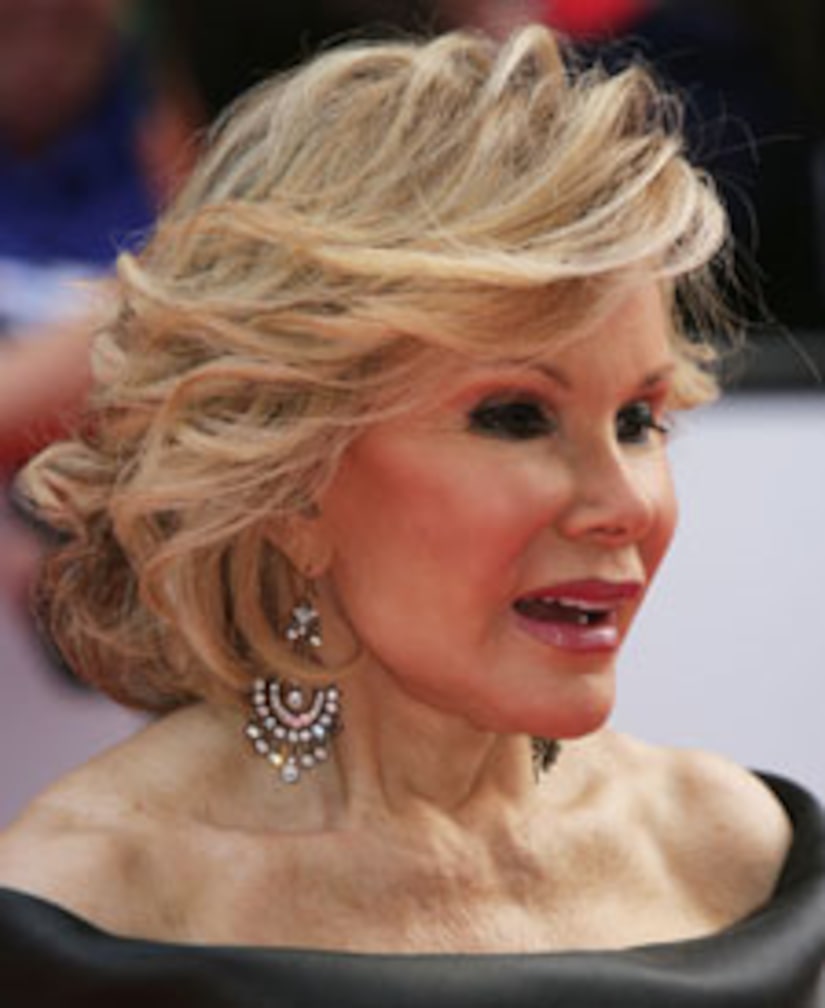 "I have won an Emmy, been nominated for a Tony award, done every show and became an icon -- but I have never been forcibly thrown out of a TV studio," said Joan. "It is another milestone." Do say!

The 75-year-old comedian was asked to leave during a commercial break of the live taping of the show "Loose Women" -- and did not return to resume her duties as guest host. Rivers is reportedly sorry for her potty-mouthed exchange.