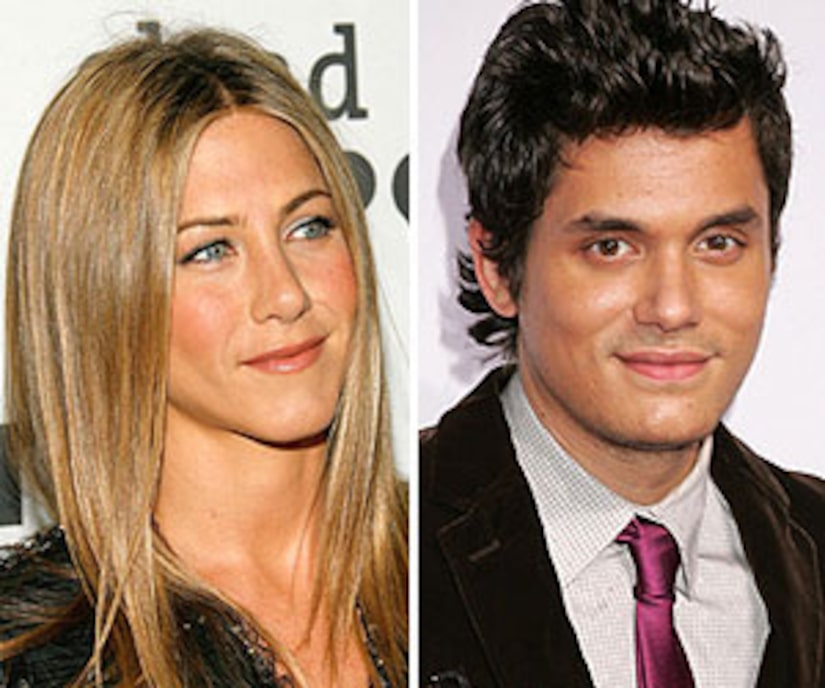 Jennifer Aniston and John Mayer have taken their budding romance south of the border! The new twosome was spotted at Casa Aramara, the beachfront home of "Girls Gone Wild" founder Joe Francis in Punta Mita, Mexico, says People magazine. The casa is a hotspot for celebs, which Aniston had visited with former boyfriend and "The Break-Up" co-star, Vince Vaughn.

The 39-year-old actress and the 30-year-old crooner spent a lot of time on the beachfront patio. "Jen spent time laying out on the loungers on the patio," a source told the magazine. "John was always around, standing by her, making sure she was comfortable."

Before jetting to Mexico, Jen and John were seen holding hands while double-dating with Aniston's close pal and former "Friends" co-star Courteney Cox and her husband David Arquette. Mayer and Aniston were first spotted together in April.