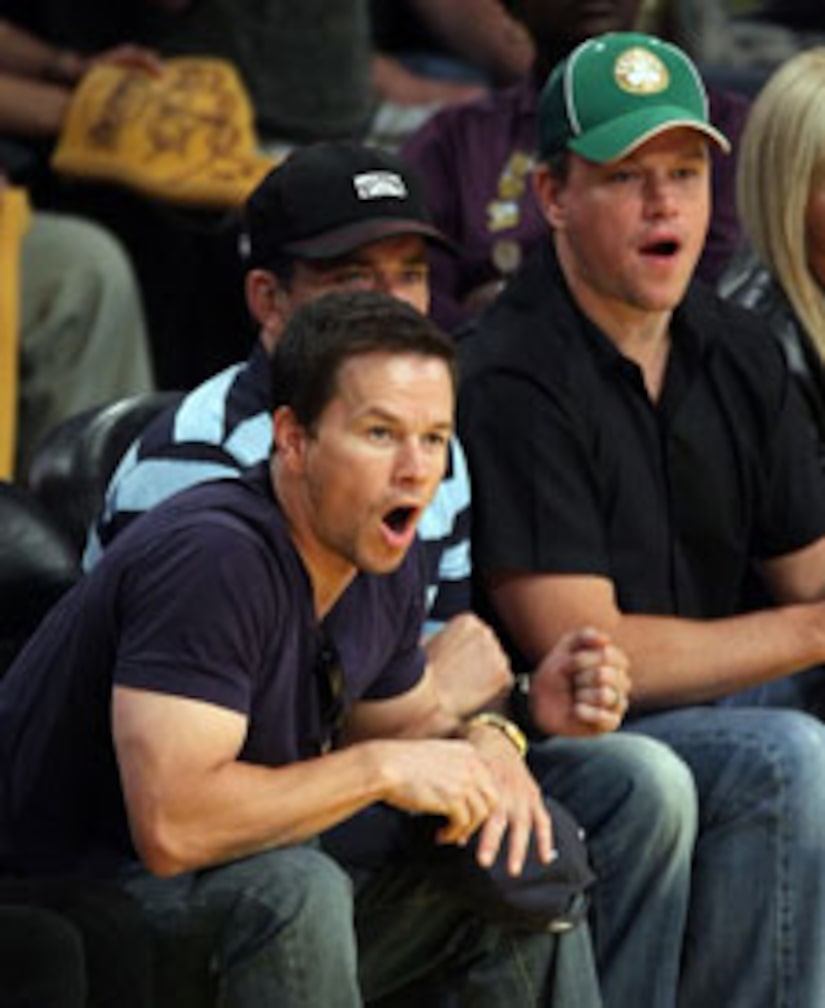 Tensions ran high as celebrity fans -- including unofficial team mascot Jack Nicholson -- packed into L.A.'s Staples Center for Game 5 of the NBA finals, where the Lakers battled the Boston Celtics. One mistake by the men in purple and gold could have cost them the championship title -- but Tinseltown cheered the Lakers on, and they beat the Celtics, 103-98!

Lovebirds Nicole Richie and Joel Madden told "Extra," "We're going to win tonight -- 3 more, all the way!" They were right!

Celtics fan Matt Damon donned his Boston gear for the occasion and sat with fellow Boston fan Mark Wahlberg -- who didn't let the rivalry cause any bad blood with his Hollywood pals. The "Happening" actor shared a hug with Tobey Maguire, then joked with "Extra" about his East Coast loyalty, saying, "I'm sitting right beside the Lakers bench and I can talk a lot of trash!"

Stay tuned to "Extra" for coverage of the NBA Finals -- and the celebrity fans going crazy!