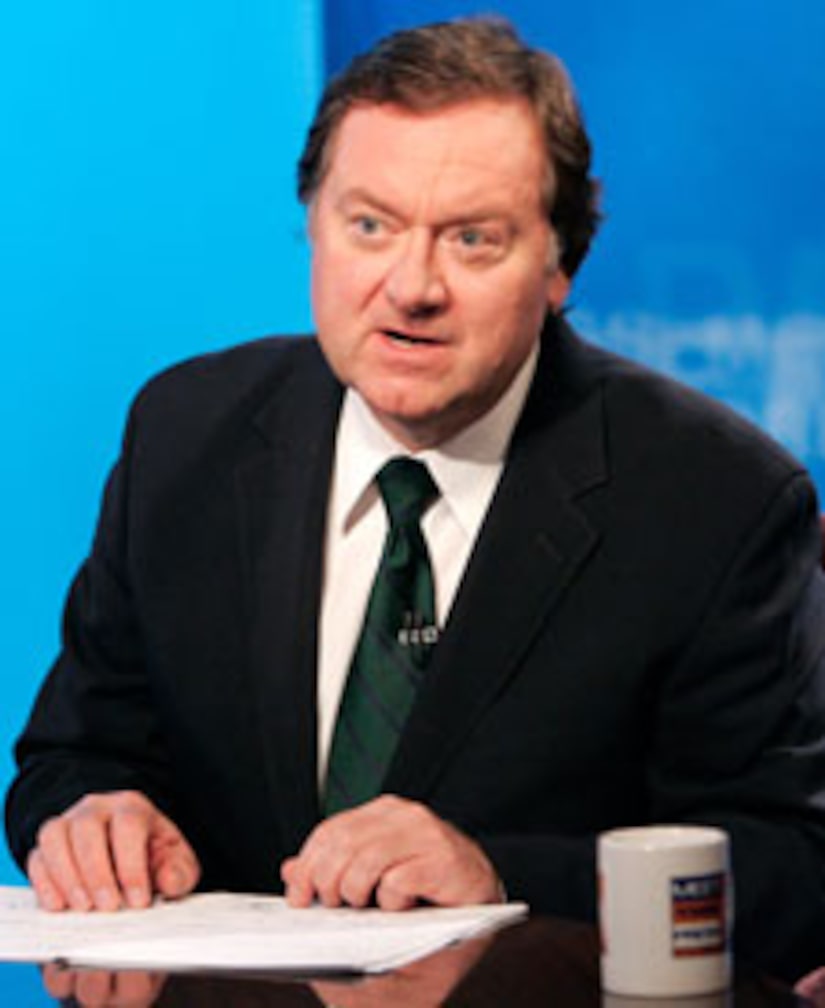 "Meet the Press" host Tim Russert has died of a heart attack, reports The New York Times. The NBC Washington bureau chief was recording voiceovers for Sunday's show when he collapsed, said MSNBC. Russert had just returned from a vacation in Italy to celebrate his son's college graduation. Reports say that he died at Sibley Hospital after being stricken at the studio.

Tom Brokaw, former anchor of "NBC Nightly News" announced Russert's death, saying, "He was one of the premier political journalists and analysts of his time. This news division will not be the same without his strong, clear voice."

The Emmy award winner was head of Washington operations at MSNBC, and a vice president of NBC News. He was also named one of Time magazine's 100 most influential people in the world. Russert is survived by his wife, journalist Maureen Orth, his son Luke, and his father, "Big Russ," about whom he wrote the bestseller, "Big Russ and Me."