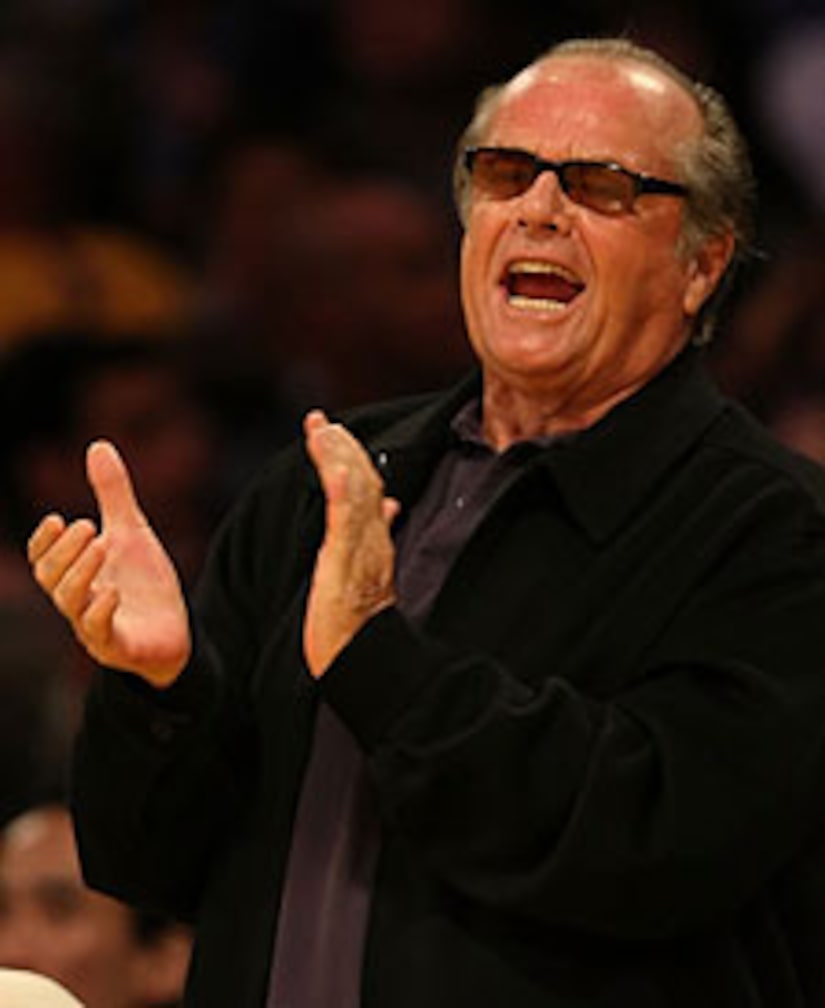 Basketball-happy celebrities crowded into courtside seats to watch the L.A. Lakers beat the Celtics, 87-81, in Game 3 of the NBA Finals. Chief Lakers fan Jack Nicholson cheered the team on, as well as David Beckham, Hilary Duff, Steven Spielberg, Hugh Hefner and his bunnies, and "Sex and the City" sweetheart Kristin Davis -- just to name a few!

"This is very exciting -- I have been a Lakers fan for a long time," said Davis, "the crowd is crazy-rowdy. They just have to get the ball to Kobe."

Die-hard stars also flocked to support the Celtics, including funnyman Steve Carell and NKOTB singer Donnie Wahlberg. The halftime show featured a performance from "Idol" champ David Cook -- and the ex-bartender confessed to People magazine that he had a serious case of jitters! "That was the scariest thing I've ever done," said Cook.