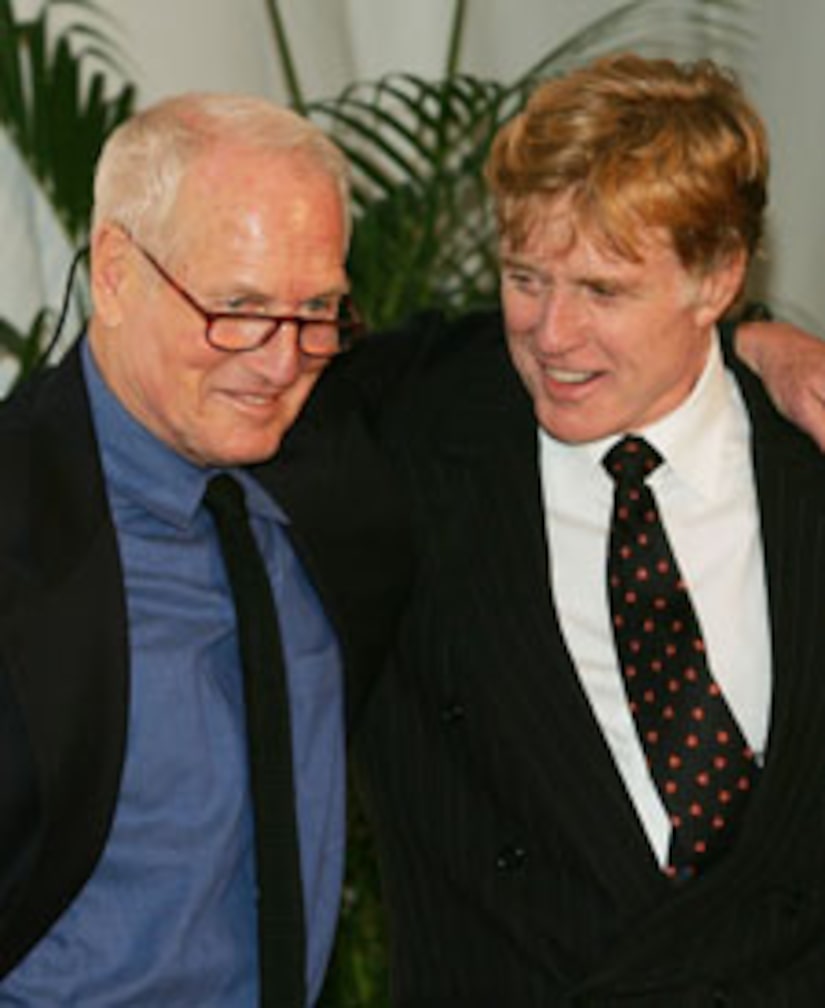 According to unconfirmed reports, actor Paul Newman, 83, is reportedly suffering lung cancer. British and U.S. tabloids claim that the former chain smoker is being treated for lung cancer at New York's famed Sloan-Kettering Cancer Center, but his rep tells E! News the reports are "not true." Jeff Sanderson, a spokesperson for Paul, issued a cryptic statement about the actor's health, saying, "Newman says he's doing nicely."

At last month's Indy 500 Track, "Extra" caught up with the reclusive movie icon, and he shared that he would love to work with "Butch Cassidy" co-star and good friend Robert Redford again, saying, "We don't know if we will, we'd like to." Redford was also in attendance and told "Extra" that despite a postponement of a movie starring the two, Newman was "doing okay."

"Extra" has learned that Paul has quietly turned over full control of his "Newman's Own" brand of food products -- worth $120 million -- to charity. Newman and wife Joanne Woodward, 78, have been married for 50 years and have three children.