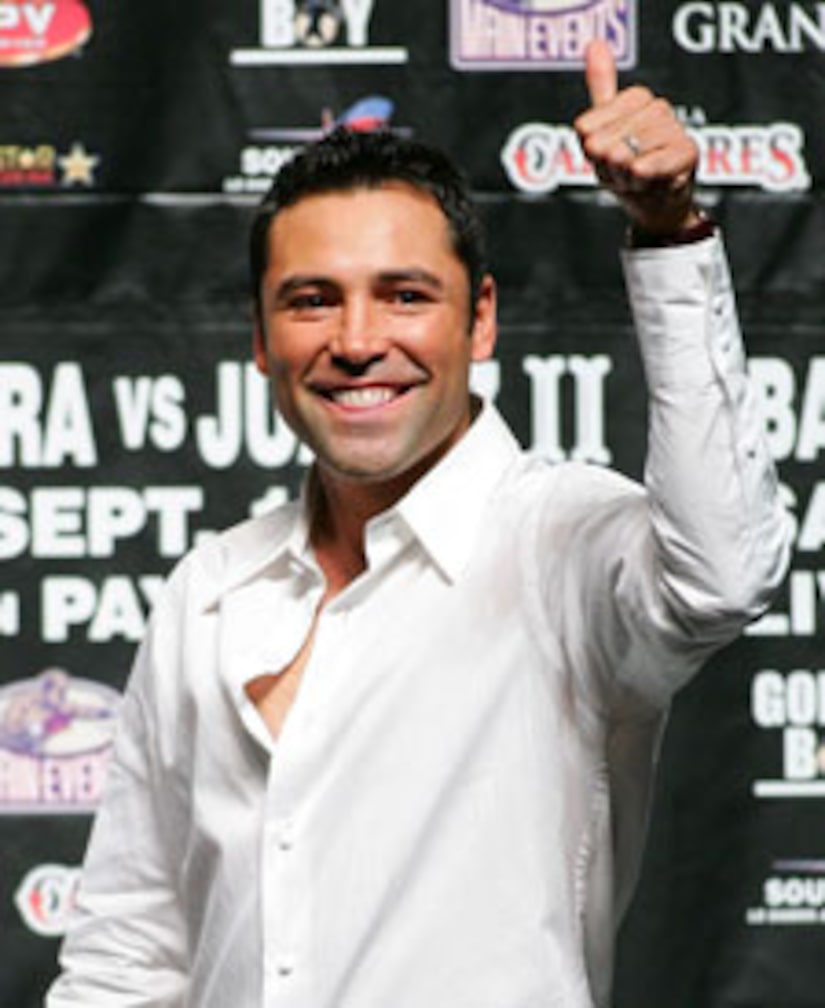 Welterweight champ Oscar De La Hoya has not been posing for pictures in fishnet stockings. Ex-stripper Milana Dravnel dropped her $25-million suit against the boxer yesterday, after experts concluded that pictures of De La Hoya in women's lingerie -- which Dravnel previously claimed were real -- had been doctored, reports the NY Daily News.

"Oscar's always claimed the photos were false," said Oscar's lawyer, Judd Burstein. "We had experts conclude that they were doctored. She was facing very large damages and so she agreed to drop the case -- the case would have been dismissed anyway."

Milana surfaced last September with the altered pix - showing what appeared to be De La Hoya in fishnets, high heels and a tutu. The 22-year-old then slapped the boxer with a slander suit, after claiming Oscar's people suggested she sign an agreement that she could not prove the photos were authentic.