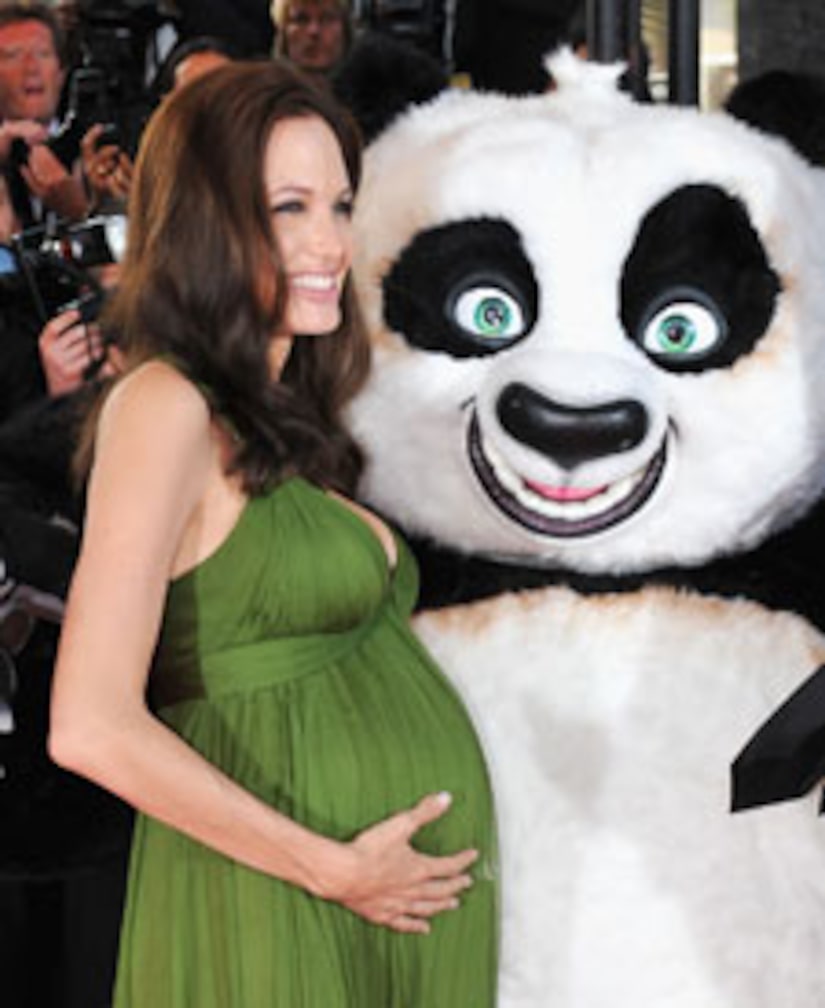 "Kung Fu Panda" entered the box office with a roar, bumping "Sex and the City" from the top slot in its opening weekend. The animated Dreamworks film, starring Jack Black and Angelina Jolie, toppled the smash-hit chick flick from the #1 spot. "Panda" raked in a whopping $60 million!

At the Cannes Film Festival, "Extra" caught up with star Angelina Jolie, who opened up about why she chose to star as the "Tigress" in the kid-friendly flick.

"I have kids so they always love these movies, and Dreamworks always has a really sweet message for children -- and this one has a good one," revealed Angie.