Late-night king Jay Leno is reaching out to "Tonight" show alum Ed McMahon as he faces foreclosure on his Beverly Hills home. 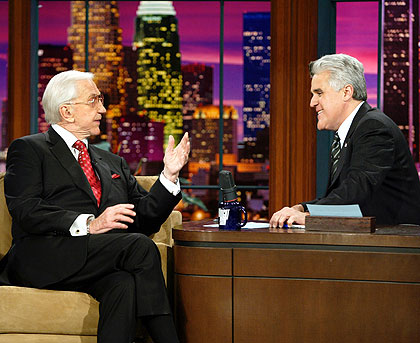 "Everybody loves Ed. Jay and others on the show are discussing how they can help him," Leno's rep tells NY Daily News.