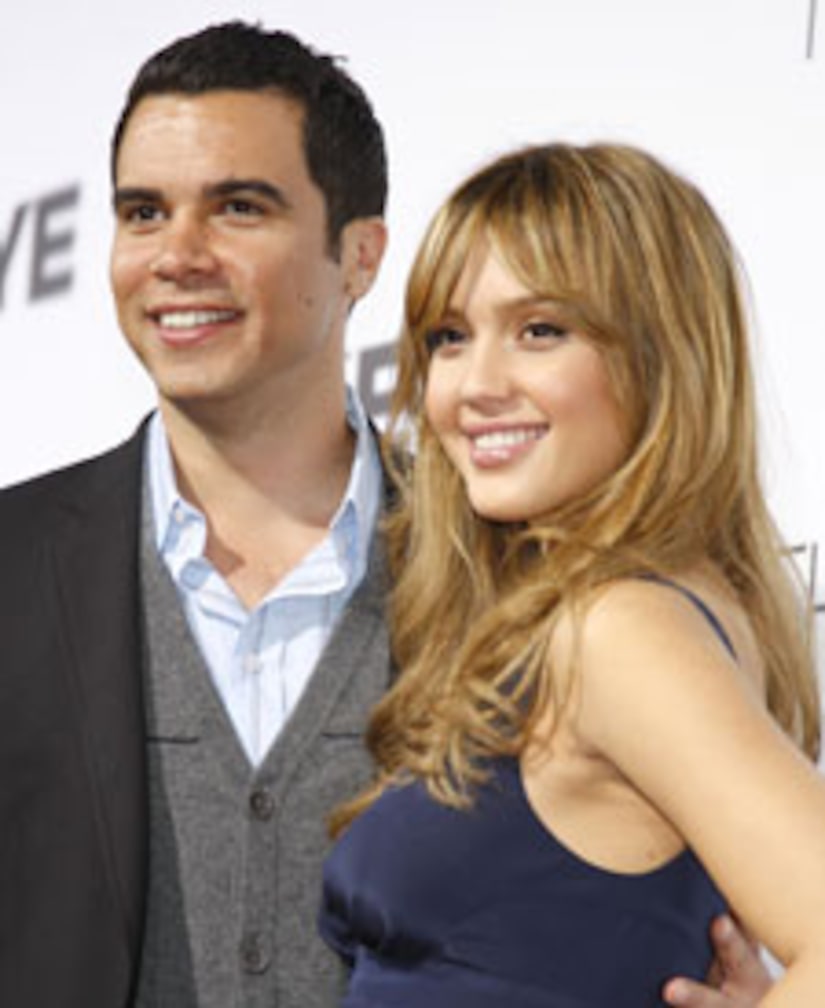 Honor has arrived! Jessica Alba and Cash Warren became parents this weekend, with the arrival of their baby girl, Honor Marie Warren. The tot was born Saturday at Cedars-Sinai Medical Center in Los Angeles, Brad Cafarelli, a rep for the actress, tells "Extra."

The couple met on the set of "Fantastic Four" in 2004, and has been dating ever since. Alba, 27, and Warren, 31, tied the knot last month at a Beverly Hills courthouse after becoming engaged last December.

During a January press junket for her thriller "The Eye," the actress gushed to "Extra" about her pregnancy, saying, "It's quite a blessing and perfect timing." Jessica added, "I try and eat healthy as possible, good for baby, exercise, as long as I don't gain too much to fast, that's the key," she said.