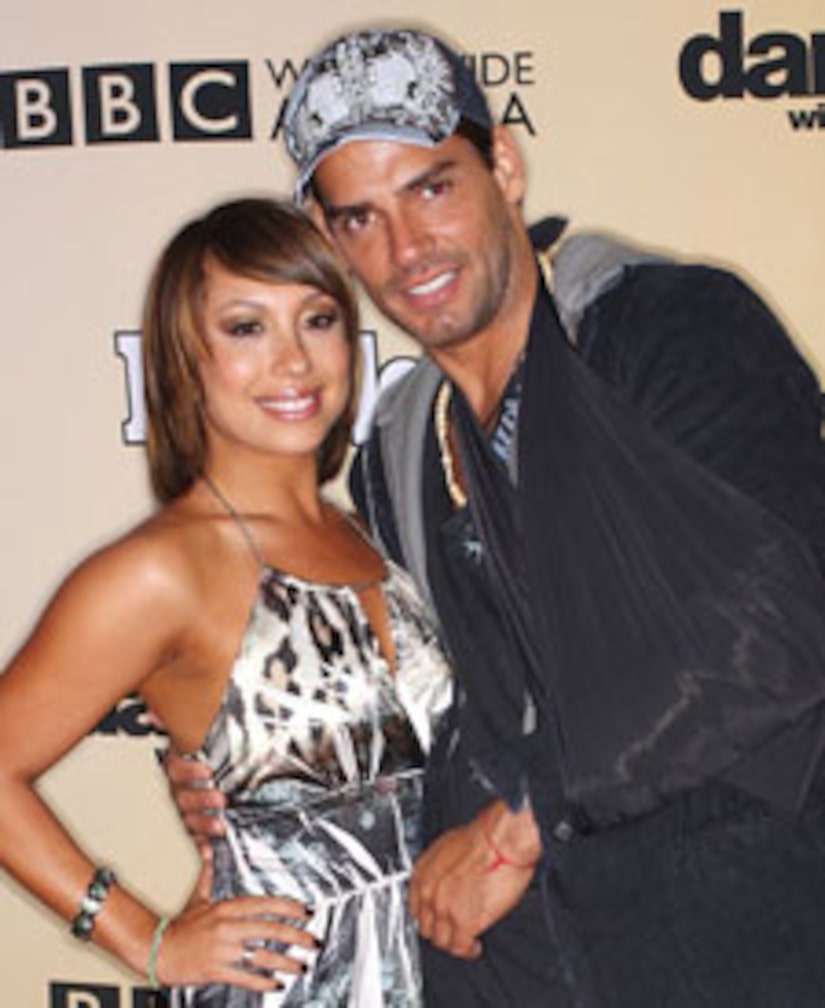 Cristián de la Fuente didn't let a torn arm tendon stop him from making it to the finals of "Dancing with the Stars" -- and now the hunky actor is recovering from his Samba injury, after surgery on his well admired biceps, reports AP.

"The doctor said it was a perfect repair," says publicist Cynthia Snyder, "He had his stitches out on Tuesday -- everything is going well."

The soap star underwent surgery two weeks ago, and was spotted at Disneyland Wednesday with his other half on the dance floor, Cheryl Burke. Cristián is currently filming a new USA Network show, "In Plain Sight."