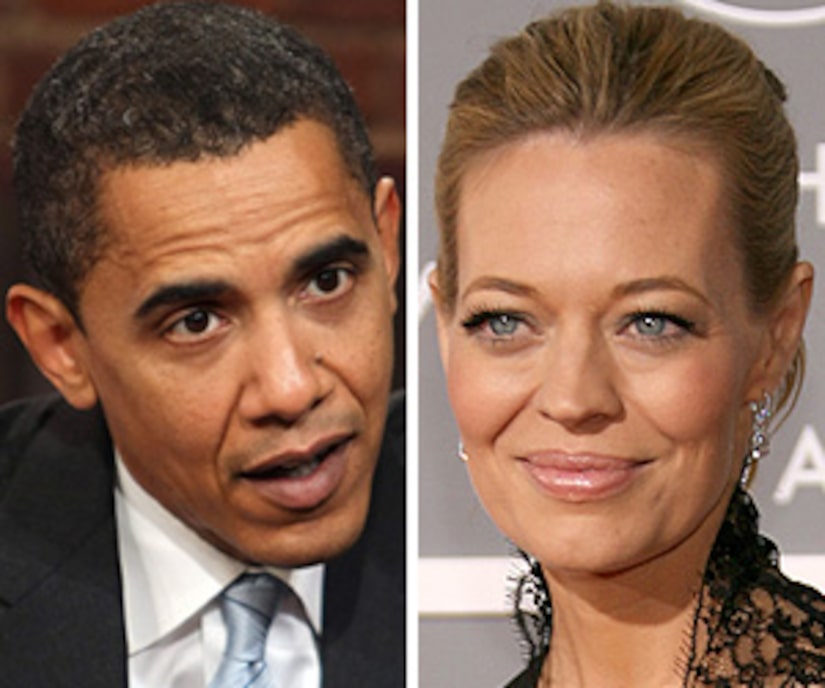 Barack Obama has nabbed the Democratic nomination and is continuing his battle to the White House -- due in part to a sex scandal involving actress Jeri Ryan!

During Jeri's nasty divorce from Jack Ryan -- Barack's GOP opponent for a 2004 Illinois seat in the Senate -- the "Shark" star made scandalous claims against Ryan, saying that he requested Jeri participate in kinky sexual acts!

Shortly after the claims, Ryan dropped out of the senate race, leaving Obama to clinch the coveted seat.