Just moments after Charlie Sheen and Brooke Mueller said "I do," the happy couple gave "Extra" their only TV interview as Mr. and Mrs. Sheen! 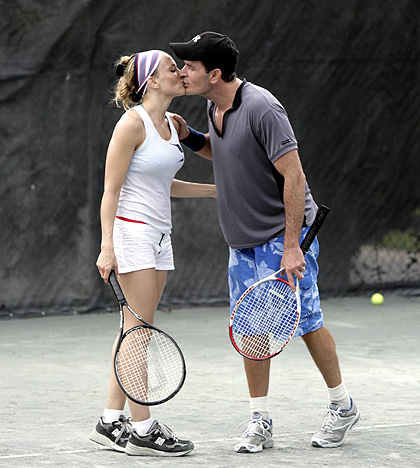 The new couple revealed that they want babies -- and lots of them! "Hopefully triplets," said the "Two and a Half Men" star, to which the new bride exclaimed, "Could you imagine if I had triplets? You'd be like 'Ahhh!'" Sheen replied with, "I'd come work for 'Extra!'" Brooke is already a member of the "Extra" family as a special correspondent!

Brooke decided to put Charlie to the test and asked him about the one thing he did that she found annoying. Charlie admitted, "You are convinced something is recyclable when I know it's not."

From recycling at home, to tennis on their honeymoon in Costa Rica -- the Sheens are headed for a happy married life.