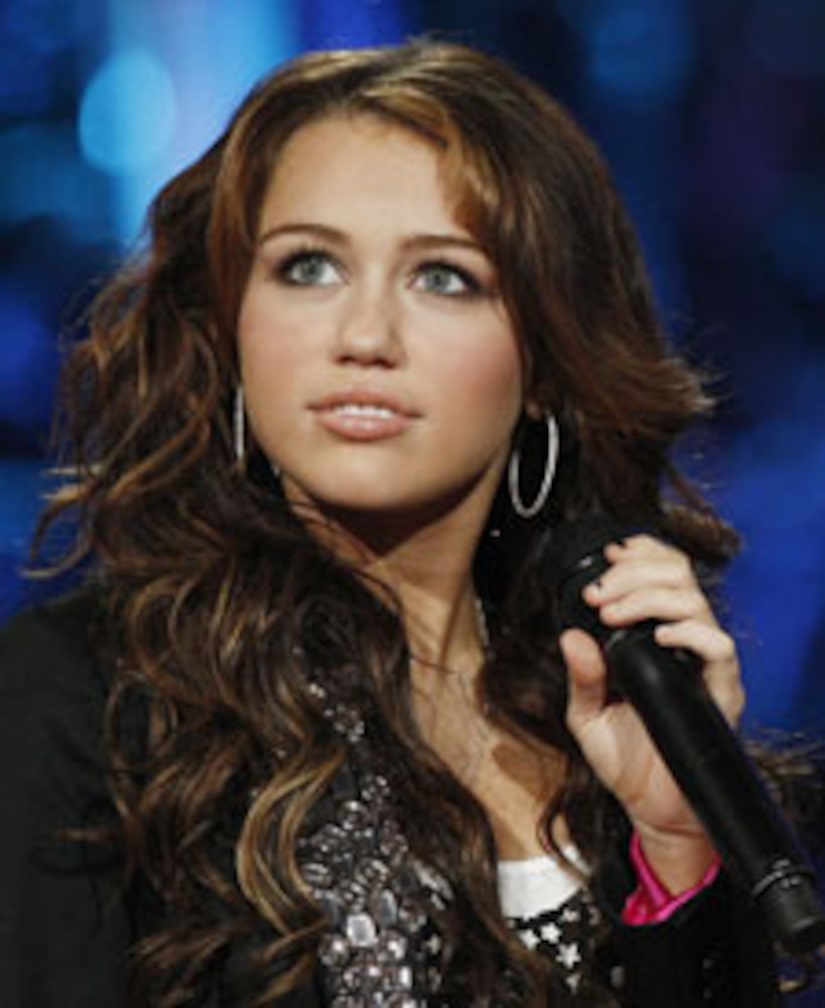 As teen queen Miley Cyrus wrapped a scene on her upcoming "Hannah Montana" flick, a gust of wind blew a lighting rig into a Ferris wheel full of extras!

Although some people on Tennessee set suffered minor injuries, Miley was not in the circus ride when the freak accident happened. Reports say the "Hannah Montana" star had just finished filming a scene near the wheel.

Disney released a statement about the debacle, saying, "During a break in the filming of 'Hannah Montana: The Movie,' a minor accident occurred involving a piece of production equipment. Fortunately, there were only a few minor injuries -- none of the cast was on the set. Filming has resumed."