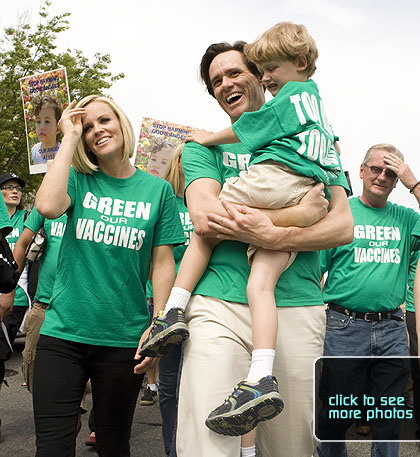 Jim is holding Jenny's son Evan, who was diagnosed with autism, prompting the actress to become involved in researching the alleged connection between preservatives in childhood vaccinations and autism. She authored a book last year, "Louder Than Words: A Mother's Journey in Healing Autism."