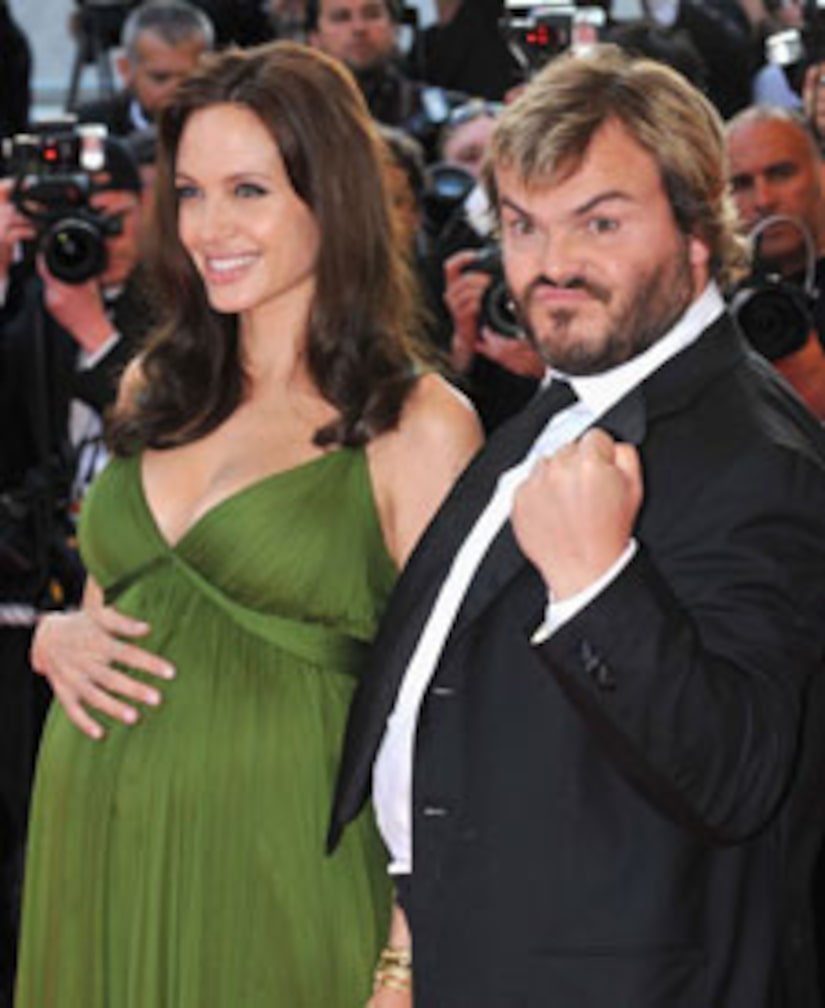 Expectant mom Angelina Jolie is hanging out at her French chateau, as "Extra" gets the scoop on the controversy surrounding the alleged birth of her twins -- from her "Kung Fu Panda" co-star Jack Black, who dishes it's unlikely that Angie already gave birth.

"I think the babies would be pretty small, because my belly is bigger than hers," said Black. "I think she's got a ways to go."

"Extra" was first to debunk the story of the twins' birth, and the entertainment show that started the false rumor is not backing down -- despite a warning from Jolie's lawyers that someone is posing as a close confidante of the actress. Reportedly, the so-called source is engaging in "a torturous impersonation of Ms. Jolie's longtime assistant, Holly," says Angie's lawyer.

When the twin tots do arrive -- they will make their pictorial debut in return for some serious cash. It's said the bidding war for the first pictures of the new members of the Jolie-Pitt brood is up to $22 million, which the proud parents will likely donate to charity.