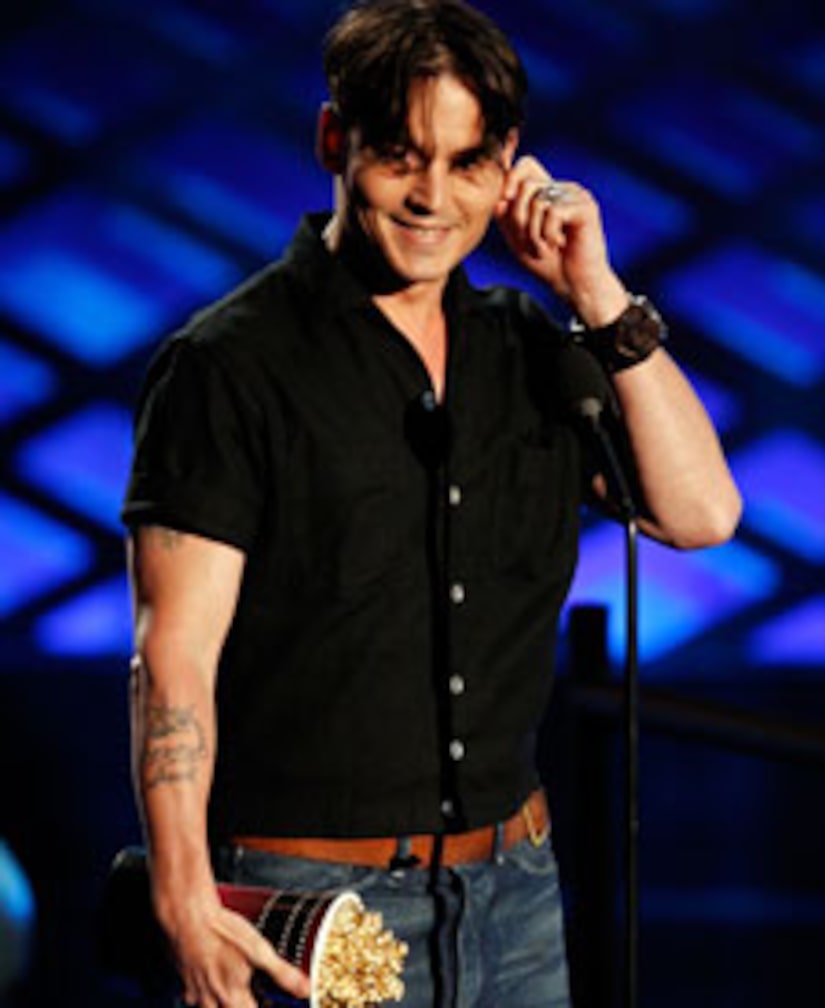 Johnny Depp -- the best of both worlds! The versatile screen star nabbed the MTV Movie Awards for both Best Comedic Performance for "Pirates of the Caribbean: At World's End" and for Best Villain in "Sweeney Todd."

Even the blaze at Universal Studios -- which was a couple hundred yards from the ceremony at Universal Amphitheatre -- didn't stop celebrities from attending the star-studded event. The fire was finally extinguished during the Awards.

Tom Cruise presented the MTV Generation achievement award to actor Adam Sandler, who stars in the upcoming comedy, "You Don't Mess With the Zohan."

"The man, the icon, the legend," says Cruise before turning the stage over to Sandler, who performed "Nobody Does It Better" with a group of backup dancers -- including "Zohan" co-star Rob Schneider.

"Transformers" nabbed the golden popcorn for Best Movie, while "Juno" star Ellen Page took home the award for Best Female Performance, and Will Smith scored Best Male Performance for "I Am Legend."