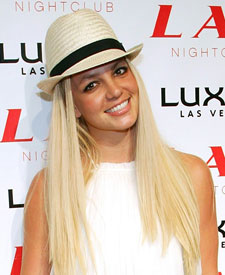 Britney Spears has made a remarkable turnaround; going from a stint in a psychiatric hospital to TV appearances and then regaining visitation rights with Sean Preston and Jayden James. The toppled pop princess is still under the conservatorship of her father, Jamie Spears -- a decision which could be overturned if Spears convinces a judge that she's ready to have her independence back, reports OK! magazine.

Today, Brit's father and lawyers for the conservatorship are due in court to discuss whether or not the singer is ready to regain some control in her life.

"It's a lot like the last time she was in court for the custody hearings," says a case insider, "in that case, she had been evaluated by the court to judge her parenting skills. This time, it's about her being able to care for herself."

Britney isn't legally required to appear in court today, but her presence may help sway the judge that her life is back on track and that she's again ready to be in control of her assets. The hearing is scheduled for 1:30 pm -- but will she show?