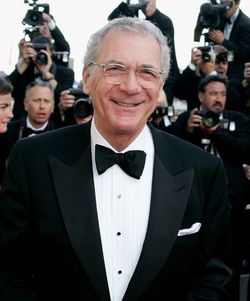 Oscar-winning director Sydney Pollack, the man behind "Tootsie" and "Out of Africa," died of cancer today at age 73. Pollack was surrounded by family when he passed at his Pacific Palisades home.

Pollack is the only director to have two films near the top of the American Film Institute's list of the 100 Best American Love Stories; "The Way We Were" at No. 6, and "Out of Africa" at No. 13. As an actor, he starred in "Tootsie" and "Death Becomes Her," and most recently opposite George Clooney in "Michael Clayton," which Pollack also co-produced.

Pollack was a founding member of the Sundance Film Institute and was President of the Board of Directors of the American Cinematheque.