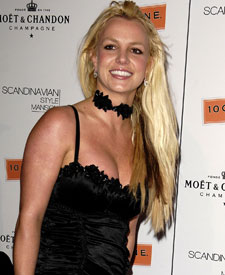 After months of musical rumors, producers J.R. Rotem and Sean Garrett have confirmed to People magazine that Miss Spears is back in the recording studio.

"She's great," said Rotem, "She's like the master at what she does -- she's a lot more experienced than most people. She just has the 'it' factor that not every artist has, so it's always nice to work with her."

Rotem, who was briefly linked to Britney last year, kept mum on details of the new Spears sound, but a source revealed that the pop princess is in the early stages of a follow-up album to last-year's "Blackout" -- which received rave reviews despite the media circus surrounding her personal life last fall.

"Britney is in the experimental stages of a new album," says the source. "She's trying to find the sound and direction she wants to go in, but nothing is set in stone just yet. She has been playing the piano a lot and just singing. She says she misses 'just singing.'"

Britney's record label had no comment on any of her upcoming work.