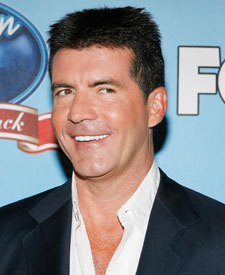 Who will it be? Everyone's buzzing about a super-secret superstar blowout on tonight's "Idol" finale! This star appearance is so secret -- even Simon doesn't have a clue! Today, the whole world is guessing on "Extra" -- who will it be?!

Even "Idol" judge Paula took a stab at it with "Extra" correspondent Terri Seymour -- guessing that it will be the King of Pop himself, Michael Jackson -- who was just spied in Las Vegas. "I think it could be MJ," said Abdul.

"Extra" got in touch with "American Idol" executive producer Nigel Lythgoe -- the secret-keeper -- who let a hint slip, saying, "I will say we've got some young brothers on." Sounds like it'll be sibling sensation The Jonas Brothers! The anticipation is building as the guesses keep coming. Miss Britney Spears is a possibility, but unlikely, as she just returned from a trip to Costa Rica. Newlywed Mariah Carey is a no-go -- sources say she hopped a jet to Japan this morning.

Tune in to FOX tonight for the top-secret blow-out performance -- and to see which David will be crowned the new "American Idol."