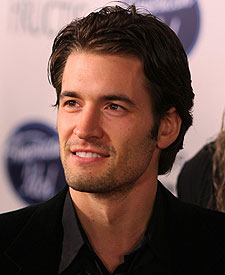 "Luke had a lingering cough and was having trouble breathing deeply, so he went to the doctor to have it checked out," the rep told CBS News. "The suspicion was walking pneumonia. But after a chest x-ray doctors saw a mass and did more testing, which is what led to the stage II Hodgkin diagnosis."

Luke is currently in L.A. but will return home to Indiana soon, adds the rep. His wife and family are hopeful about beating the illness, one of the most curable forms of cancer, according to the Leukemia and Lymphoma Society.