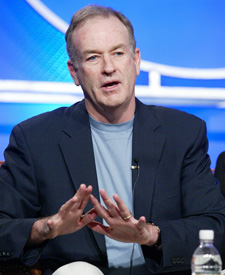 Bill O'Reilly has finally addressed his now infamous "Inside Edition" tape that has been circulating on the Internet for days, reports Radar online. Bill-O kept the situation light, joking about his meltdown, saying that he's "contractually obligated" to lose his mind several times a year for the amusement of his staff.

O'Reilly, who has been on the receiving end of multiple spoofs of his on-screen outburst, joked with TVNewser, "That video was just me practicing for my conversations with Geraldo."