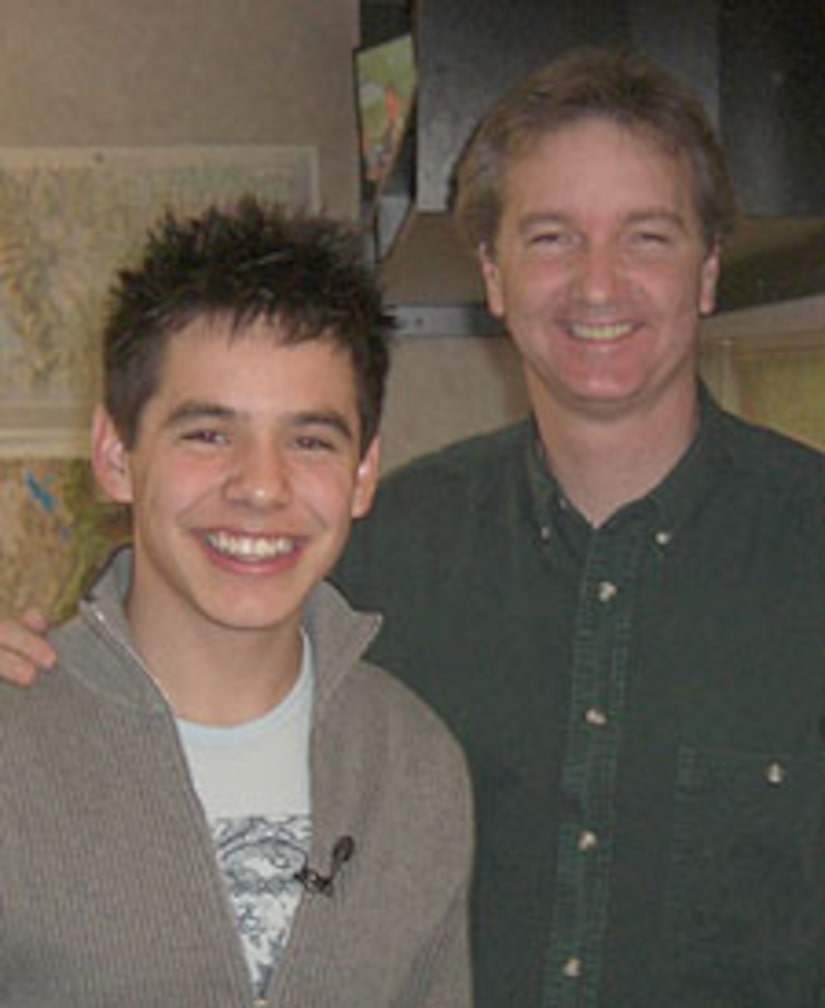 Simon, Ryan and David Archuleta's vocal coach all sound off on "American Idol" stage dad from hell, Jeff Archuleta. Note-by-note, "Extra" has every angle of the controversy surrounding the dad's backstage ban!

Jeff is forced to watch from the audience as 17-year-old son David performs tonight on TV's biggest stage -- all because he convinced David to change a lyric in his performance of "Stand by Me" -- costing the show a bundle of money.

Today, David's voice coach Dean Kaelin is rushing to Jeff's defense. "All of these comments about [Jeff] being a stage dad and being overly obsessive really surprised me," says Kaelin. "I've never seen him be overbearing or aggressive."

Even Mr. Mean himself, sharp-tongued "Idol" judge Simon Cowell bowed out of this battle. "To be fair to him, I don't really see him," said Simon, "I don't know what he does." Host Ryan Seacrest weighed in, saying, "David's still young so he needs to have somebody there with him."

Watch the drama unfold onstage tonight, when the final three perform on FOX.