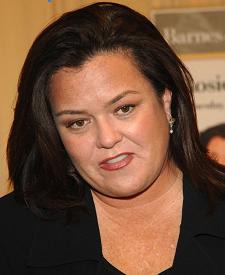 Rosie O'Donnell is known for her fierce opinions -- but when it comes to former "View" boss Barbara Walters, Rosie harbors no bad feelings. "I love her," O'Donnell wrote on her recently upgraded website.

Barbara's surprising tell-all with Oprah this week might have inspired Rosie to respond to things Walters said about her. Walters told Winfrey she believed Rosie boosted ratings on "The View" -- with her vitriol! Barbara said, "the audience tuned in every day to see who [Rosie] was going to hate."

While the former co-hosts may butt heads on certain issues, they do bear a certain respect. Walters told Oprah that she would "always have the greatest affection for [Rosie.]"