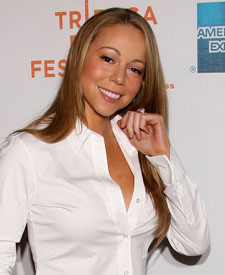 Rumored husband and wife Nick Cannon and Mariah Carey may have said "I do" in a remote island wedding -- but their alleged nuptials apparently included a prenuptial agreement.

A source close to Mimi shared with FOX News that the sizzling singer supposedly stated, "Anyone who thinks we didn't have a prenup is smoking something!"

If the prenup is confirmed, the multi-platinum recording artist will prove she's as careful a businesswoman as she is a recording artist -- since her last marriage, Carey has had three hit albums, as well as a successful perfume line, real estate investments -- and she has publishing royalties for all of her music.