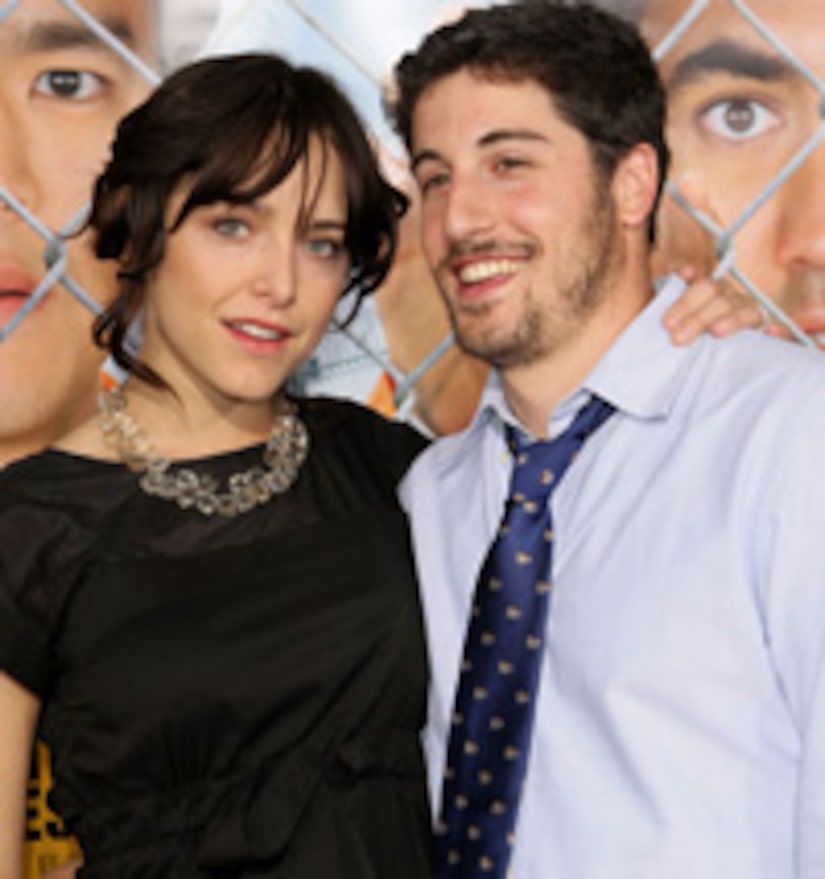 "American Pie" star Jason Biggs has added yet another dessert to his list of favorites -- wedding cake! The actor married his girlfriend, actress Jenny Mollen, in a "very private ceremony," his rep Nicole Chabot revealed to People magazine.

Jason, 29, met Jenny, 28, in 2007 on the set of their film "My Best Friend's Girl," a comedy set for release in September. The couple became engaged in January.

The secret ceremony was held last week, and no other details on the nuptials have been released.